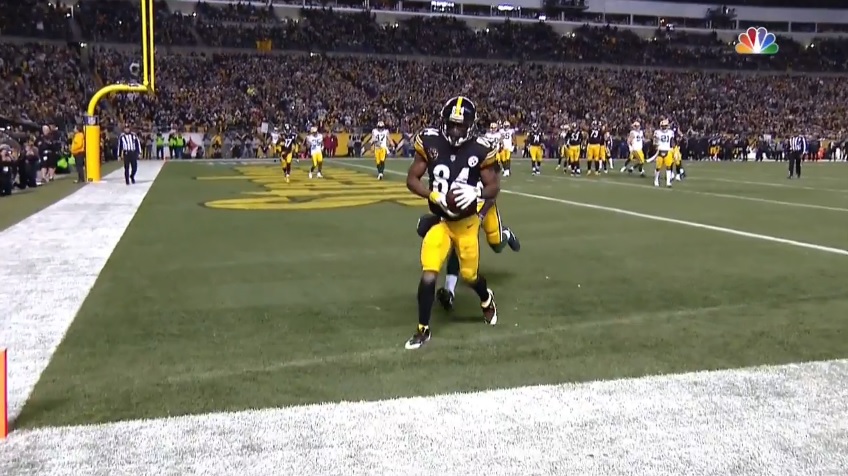 And not the most difficult catch he had Sunday night.

It was those comments Brown made about his physics-defying catch that caught my eye. Talking with reporters after the game, Brown said the fade route he caught for a touchdown was the most difficult snag he made.

“The other catch on the sideline was a routine catch. Seems really hard but we practice it all the time.”

Here’s a clip of what Brown considered to be the toughest catch, the fade from Ben Roethlisberger at the end of the third quarter. It was a great release, stemming inside initially to get cornerback Kevin King to hold, and then releasing outside and tracking the ball in the whole way.

And a screenshot of the “thumbs out” technique Brown used to finish the play. 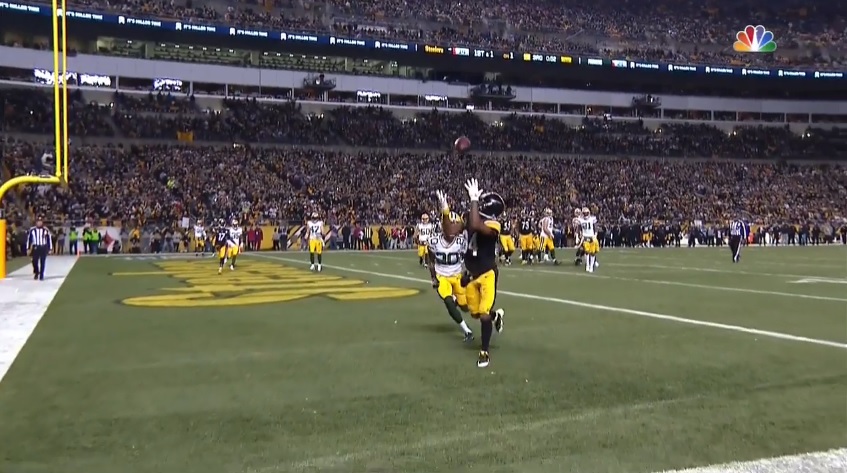 Brown obviously is far from the biggest receiver. He’s not always going to be someone who is going to leap over a cornerback on a traditional fade. So the Steelers play to his strengths, his route running and hands, to create space in an area that’s generally really hard to do so.

I know the comments were made Sunday and today is Wednesday but I thought it was a really interesting and insightful comment from AB. What we see as difficult and what he sees can be two totally different plays. Either way, Brown wins with great technique and focus. Something he displayed on both of these receptions.