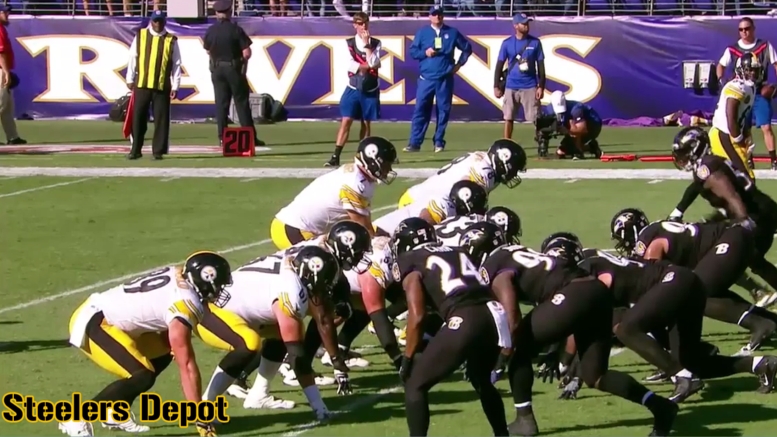 The four-game suspension of right tackle Marcus Gilbert comes at an inopportune time for the Pittsburgh Steelers, and I don’t mean simply for the fact that the team is heading down the stretch run of a regular season that could see them lock up homefield advantage throughout the playoffs as long as they handle their own business.

The fourth of those games will be the pivotal one, a contest against the New England Patriots, who like the Steelers are also 8-2 this year through their first 10 games. As we get closer and closer toward the end of the regular season, it is becoming increasingly likely that the winner of that game will have the opportunity to host the AFC Championship game.

But on a more immediate, schematic level, Gilbert’s absence simply complicates the Steelers’ options when it comes to blocking. If the team ends up being without both tight end Vance McDonald and wide receiver JuJu Smith-Schuster, then they will be without arguably their two most talented blockers among the skill positions.

Ordinarily, the solution to this particular problem will be to instead use the tackle-eligible, but Chris Hubbard is their primary tackle-eligible, and he will be playing…well, tackle. So if they use a tackle eligible, it will have to, most likely, be B.J. Finney.

But in that event, you expose your top two backup linemen to potential injury at the same time, which is a risky endeavor. While they have done this before—Finney played 24 snaps at tight end while Hubbard started against the Ravens and Jaguars earlier this year—the knowledge that they will have to get through a four-game stretch makes it a bit more onerous.

Still, they may have little choice if the worst-case scenario injury report comes out, and if they find themselves struggling the block up the plays that are called. In their last game, they ran the ball relatively infrequently and stuck to three-receiver sets, but that can’t be a four-game plan, either.

The Steelers gained an average of exactly four yards per play while Finney has been on the field as a tackle-eligible tight end, but that also includes a couple of explosive runs. Most often, he was paired up with McDonald when they were in two-tight end sets, but they also ran several three-tight end sets including Jesse James.

Hopefully the injury report brings some good news and we see some of the injured players on offense make headway toward playing, but if not, don’t be surprised if they turn to Finney at some point. Darrius Heyward-Bey could also be called upon, as I mentioned in an earlier article.

The Steelers overall have not been using the tackle-eligible as much as they did down the stretch last year, but, of course, their primary tackle-eligible has spent most of his time in the starting lineup, making it difficult to do so. Will it now be a necessity?