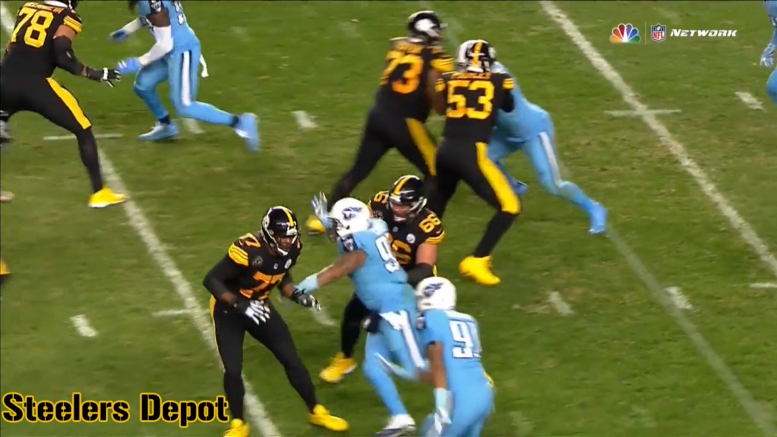 The Pittsburgh Steelers just had their bye week two weeks ago, but for the second time in three weeks, they had no football to play during the weekend. That is because their second game after the bye week fell on Thursday night, which means that their next game would not come for another 10 days, at least.

From Thursday’s win over the Titans to this upcoming Sunday’s game against a Packers team bereft of Aaron Rodgers that was just shut out by the Ravens, the Steelers will have had ample time to both rest and to prepare, but not so much—one would hope—to produce the sort of slow start Mike Tomlin talked about after the Colts game.

The mini break comes with the Steelers sitting at 8-2 on the season, winners of their past five games, and about to embark on the home stretch, with six more games to play, all but one against opponents without a winning record.

David DeCastro admitted that the benefit is mental more than physical. Ryan Shazier, who said that “pretty much everybody” had the weekend off, including Friday, told Kirschman that he felt more sore after yesterday’s practice than he usually does due to the time off.

While the rest might be nice, however, athletes, like many—perhaps most—tend to be creatures of habit, and many are anticipating falling back into a normal routine with a typical weekly schedule, not elongated or truncated, as they have had to deal with for the past couple of weeks.

While Mike Hilton said that the extra days off is “time to get our bodies back before the rest of the season”, he also added that “it disrupts this routine that we’re used to”, so that it’s both “good and bad”.

The Steelers came out of their bye week facing a bad team in the Colts, whose three wins this season have all come against bad teams, those being the Giants, the 49ers, and the Texans in the game after they lost their starting quarterback. It took them a field goal with time expiring to pull out the win.

Let’s hope that they will not have nearly as difficult a time with Green Bay this Sunday as they travel to Heinz Field with Brett Hundley under center, who has lost three of his four starts so far, beating only the Bears so far.