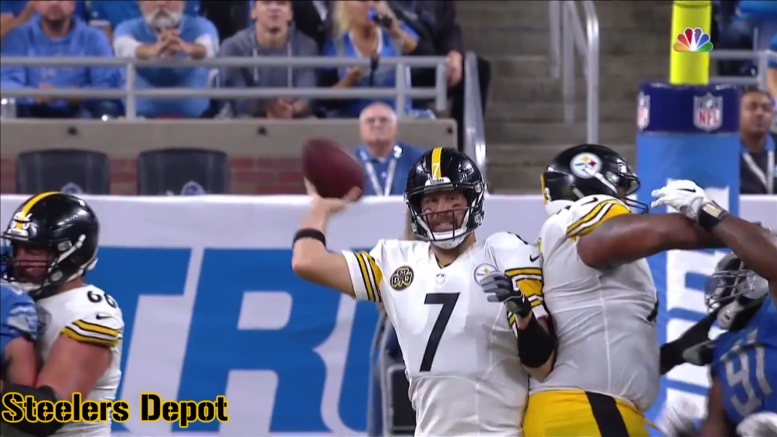 Back at it on gameday, breaking down what the Pittsburgh Steelers have to do to win (or lose) in today’s game against the Tennessee Titans. My always unreliable prediction at the bottom.

– They handle the Titans misdirection. And that’s tough on a short week. Tennessee’s offense throws a lot of looks and wrinkles at you. Things that are just tough to plan for with such little film study/practice time. Whether that’s using Pony packages with both running backs in the game, getting cornerback Adoree Jackson on the field, or running the ball with their starting tight end, there’s so much to handle. If the Steelers can read their keys and stay disciplined, no easy task, they’ll contain the Titans’ offense.

– They tackle those two big backs. Talking about Demarco Murray and Derrick Henry. They’re a load to bring down and the Steelers’ defense is banged up with key injuries and again, being on that short week. Pittsburgh’s defense hasn’t exactly been sterling and consistent as tacklers either and the first half against the Indianapolis Colts got ugly. Can’t have that repeat. Titans’ downhill run game will make you pay.

– The Steelers’ offensive line communicates well. Titans run a lot of stunts and the Steelers had mixed success last week. Dick LeBeau is going to throw a lot at ya and Pittsburgh’s ability to recognize and pick it all up is going to be crucial.

The Titans Will Win If…

– Kevin Byard bests Big Ben. Byard leads the entire NFL with six interceptions and he’s done especially well versus the AFC North with five of them against the Baltimore Ravens and Cleveland Browns. Hearing the players talk this week, multiple mentioned needing to stop “#31” but identifying him and actually stopping him to be two different things. Byard is going to roam centerfield and Roethlisberger hasn’t had the best success. Hoping it doesn’t get ugly.

– They dominate the line of scrimmage defensively. Jurrell Casey is an excellent defensive linemen and there’s some athleticism at inside linebacker. Running the ball hasn’t been easy for any team this season and the Steelers’ ground game has been spotty.

– Adoree Jackson wins the day. Jackson can make an impact in all three phases. Starting corner. Starting returner. Bit piece on offense. He’s going to be a threat everywhere and it’s hard to shut him down completely. If Danny Smith and the special teams unit slip up, it could be a long day. Don’t want to give this offense good field position.