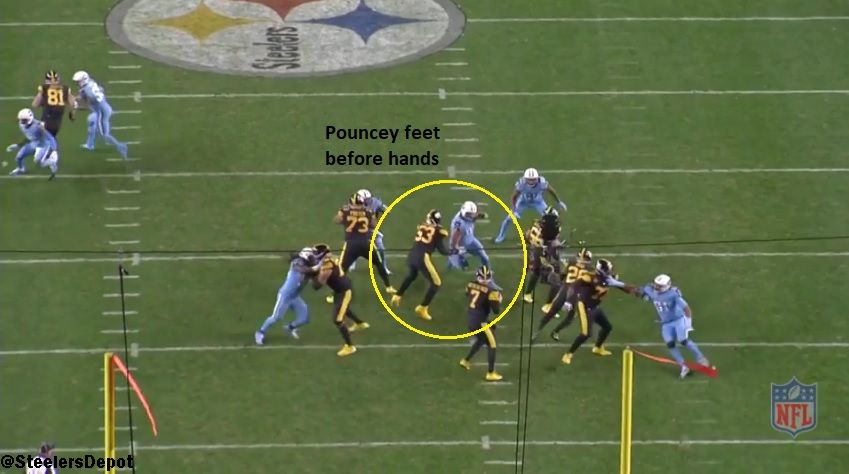 A busier sack breakdown than usual. Looking at the three the Pittsburgh Steelers allowed Thursday night to the Tennessee Titans.

Stunt by the nose tackle and 3 tech. Maurkice Pouncey sees it and tries to pick it up but his technique is off. Hands before feet and he winds up lunging a bit into the block, unable to get square and fully in front of the crasher. That creates some initial pressure. 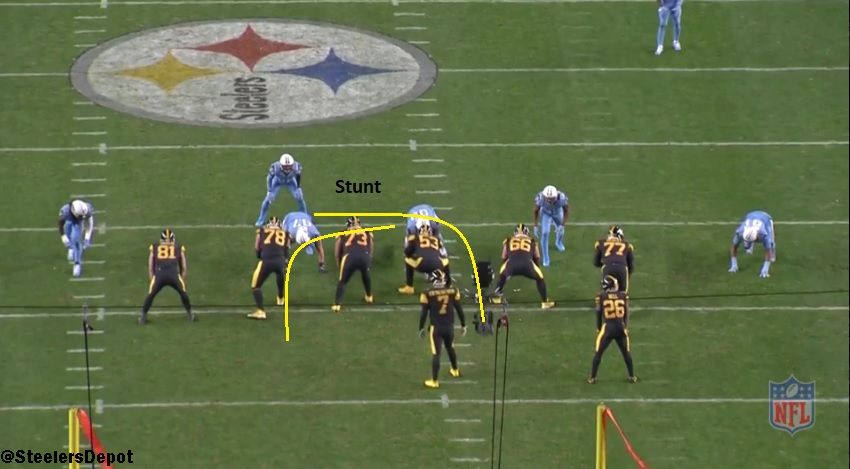 Elsewhere, Derrick Morgan wins with a nasty long-arm bull rush, countering off Marcus Gilbert with a spin at the end. I think it’s Morgan who ultimately grabs Ben Roethlisberger’s ankles and takes him down but Pouncey allows some of the pressure too. 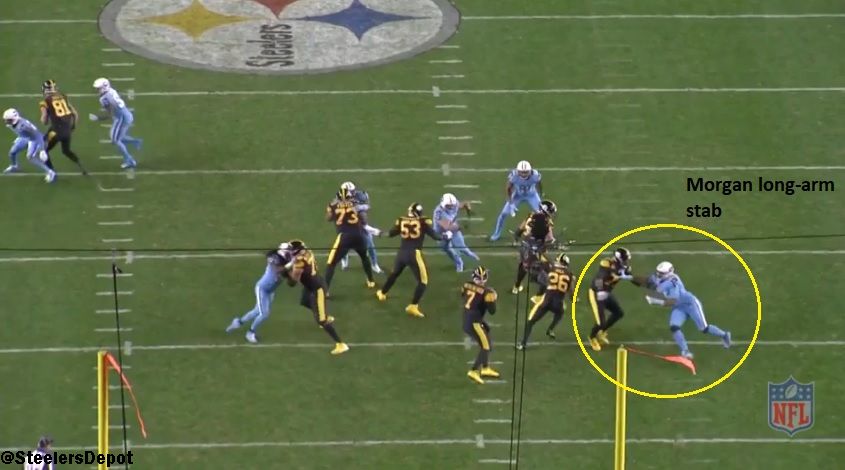 So we’re going to give blame to each player. And that means according to our charting, it’s the first sack – even a half one – Pouncey has allowed since Week 5 of 2014. For him, a streak of 35 games. Heck of a run.

Blame: Half on Pouncey, half on Gilbert

First, good coverage by the Titans. Blanketed across the board, nowhere to throw. 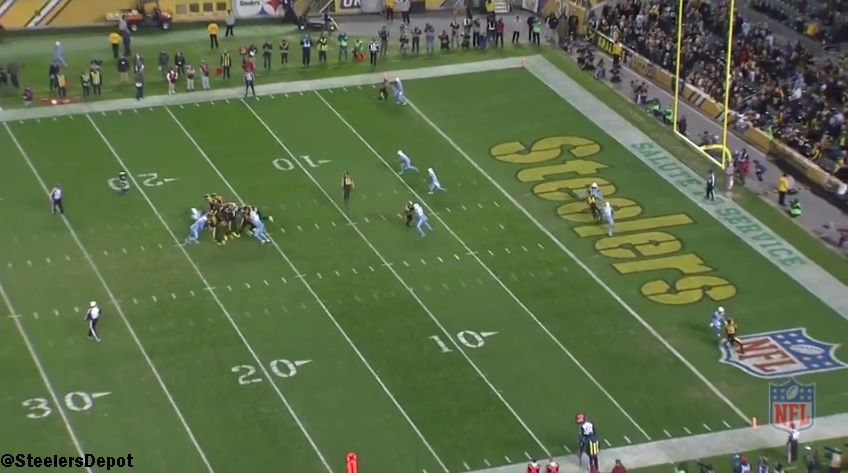 Two problem areas on the play. Good bull rush on David DeCastro, who has done pretty well against them this year but isn’t able to anchor here and gets run back into the pocket. 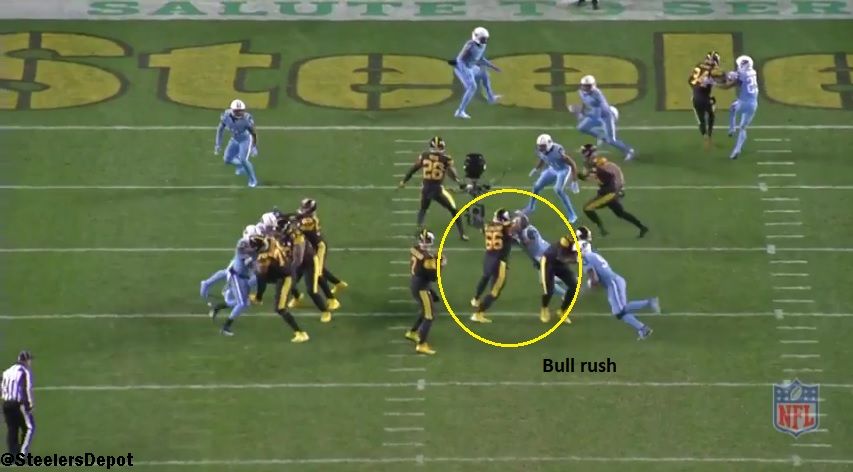 And late in the play, Pouncey gets ripped under. Little hard to see but it’s definitely there.

So again, as much as it pains me to write, half of it goes on Pouncey. The other half, obviously, on DeCastro since both their players took #7 down.

Blame: Half on Pouncey, half on DeCastro

Three verts vs Cover 2. Nothing horizontal, no checkdown option. Couple of the persistent issues in Todd Haley’s offense. Nothing is open. 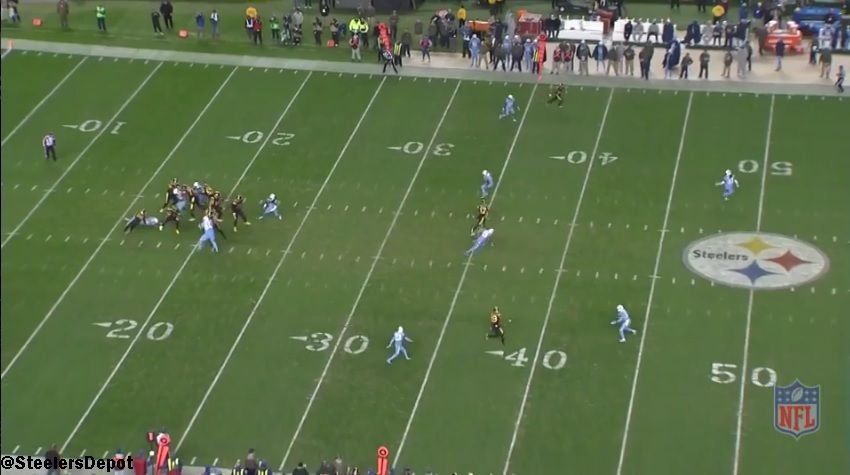 Nickel corner blitz causes Ben to climb the pocket. Le’Veon Bell’s blitz pickup isn’t the greatest and he isn’t able to cleanly seal the blitzer upfield, who dips under and grabs Ben’s ankle, forcing him to step up ad drop his eyes.

Linebacker who was caught up in the wash is now sorta spying Ben and takes him down as he climbs.

We’re going to give half on Bell for some “meh” blitz pickup and half on Haley for not helping to create anything. It was 1st and 10, not third and a mile.

Blame: Half on Bell, Half on Haley