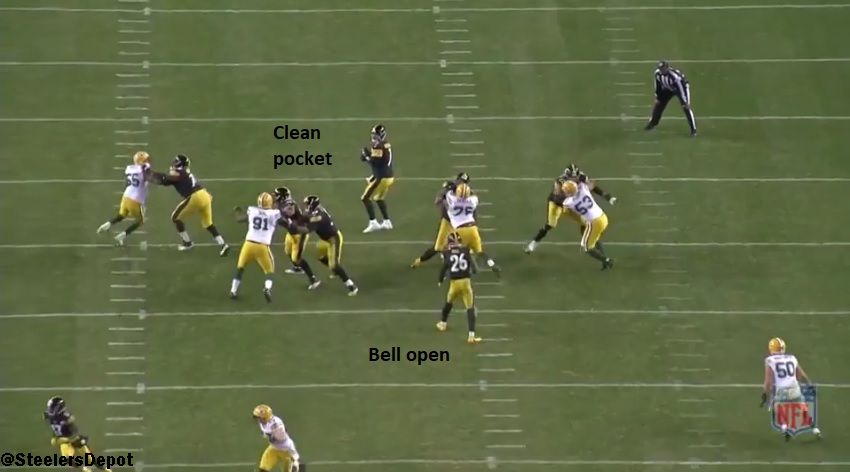 As we normally do, our look at the sacks allowed by the Pittsburgh Steelers each week. This time around, just one to talk about from the win over the Green Bay Packers.

This one seemed obvious in the moment and is equally so on the All-22. Steelers’ line gives Ben Roethlisberger plenty of time. By my counter, five seconds from snap to sack. An eternity for a quarterback.

For most of the play, Roethlisberger was debating if he wanted to hit Eli Rogers to the corner on a smash concept. But the safety is reading it and about to drive on the ball so Roethlisberger finally decides to pass it up. 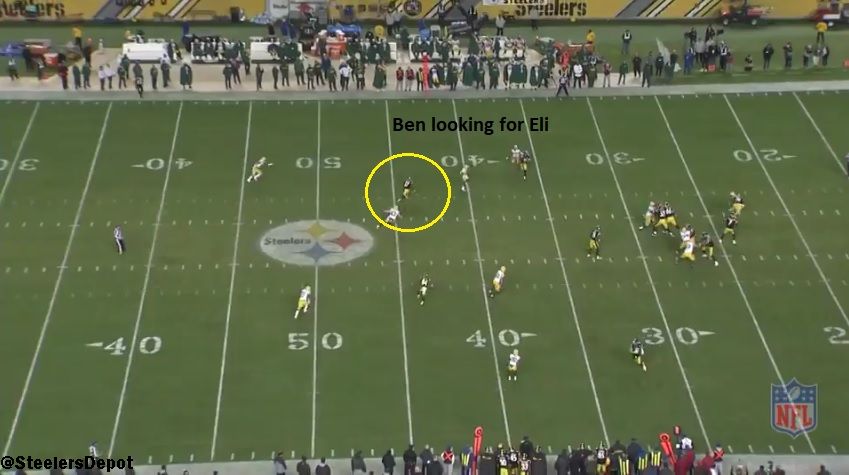 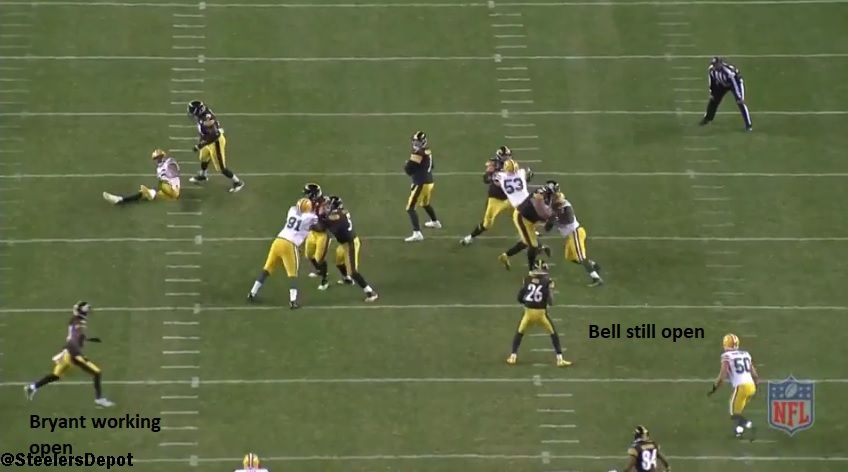 This is a why we do these breakdowns. Not every sack is on the offensive line. So while yes, Alejandro Villanueva and Ramon Foster may have allowed pressure, it’s all on Big Ben. Ball has to come out quicker and there were options. Overall Sunday night, he did a nice job dumping the ball off to Bell. This time, he didn’t. That’s on #7.

One other quick note. Chris Hubbard has an initial nice rep on the LOLB but he can’t let the rusher get back to his feet and pile onto that play. Finish the job.