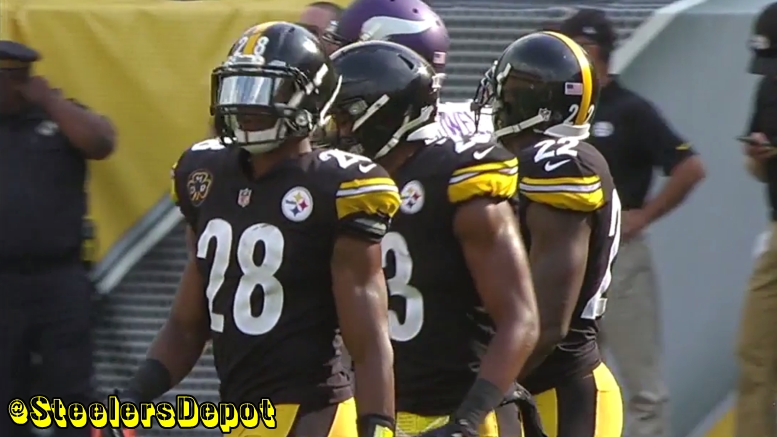 Back at it on gameday, breaking down what the Pittsburgh Steelers have to do to win (or lose) in today’s game against the Indianapolis Colts My always unreliable prediction at the bottom.

– They win the turnover ratio. Pretty obvious statement off the bat but surprisingly, the lowly Colts have a better number (+2) than the Steelers (-1). Yeah, some of that is inflated by the Jaguars game but still, favorites like the Steelers lose these games when they are in the red in the turnover battle.

– Marlon Mack doesn’t do damage on the ground. Frank Gore is still the starter but Mack has been mixed into their offense and done a nice job. A much more explosive player, he already has four runs of at least 20 yards. Gore has just one and more than double the carries. Mack isn’t nearly as refined but he’s capable of hitting the big play. And we’ve seen this run defense give up their fair share of those this season.

– The safeties make good decisions. The Colts’ offense is designed to stress safeties. Divide routes in the middle of the field, “pin” combinations (dig + post) to try to get the safety to bite underneath and hit something over the top. Corner routes and smash concepts that ask them to cover a lot of ground. It isn’t always effective because the Colts’ offense is bumbling around like a college bar at 2 AM but the scheme is there. Whether it’s Robert Golden starting or Mike Mitchell returning, the FS has to keep sort through the trash and make sound plays.

– TY Hilton does his thing. Which is to say, getting behind this defense. There is arguably no bigger deep threat in the NFL than him and as we wrote about yesterday, the Colts love to align him in the slot and get him on the nickel corner. Certainly going to be Jacoby Brissett’s favorite target on third down. We all know that but that doesn’t mean you’re automatically able to stop him.

– Road woes continue. Looking at you, Ben Roethlisberger, who has been better on the road this year than last but still not great (and obviously, not great overall). This is a secondary that uses strong words as its best defense. If Pittsburgh can’t put up a crooked number on this unit, I don’t know who they’re going to be able to do it against. Weakest defense they’ll face…until Cleveland, at least.

– Rush lane integrity continues to be a problem. Pointed this out earlier in the week. Steelers’ pass rush hasn’t done a good enough job of containing QBs in the pocket and missing out on the chance for a couple extra sacks. Brissett is mobile enough to keep the play alive, has a big arm, and like we wrote, some key downfield targets. He can make things happen beyond the structure of the play. Steelers can’t allow that to happen.