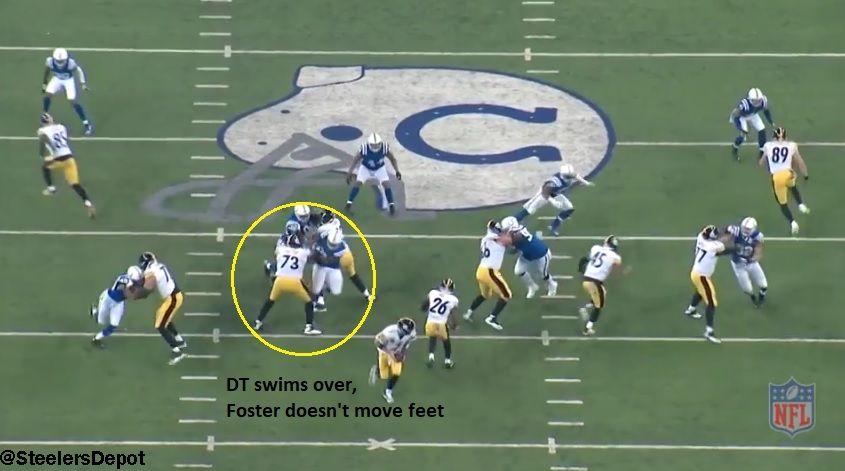 Been awhile since we’ve had to do one of this. Which is most definitely a good thing. Looking at the one sack the Pittsburgh Steelers allowed Sunday against the Indianapolis Colts.

Pretty clear who is at fault here. #91 Hassan Ridgeway beats LG Ramon Foster to the inside with a swim move. Foster isn’t able to move his feet to stay square to the DL and creates a soft inside shoulder, the last thing a linemen wants to allow. Doesn’t move his feet to slide and winds up lunging, something that’s pretty uncharacteristic for a veteran like him. At 340 pounds, it’s pretty tough for guys to get around him and one reason why he doesn’t allow many sacks.

One other weird element is Foster and Maurkice Pouncey being on different levels. That makes it easier to give up the inside – Ridgeway isn’t getting bumped and doesn’t have to squeeze through the gap, which would give Foster a chance to recover and seal him. That aggressive jumpset by Pouncey is generally uncommon in Mike Munchak’s scheme but I know he’s said he’ll do it to some nose tackles who line head up, the look the Colts give here.

Even after the play, Foster pointed to himself to say “my bad, Ben.”

If you’re wondering, not a lot going on downfield. Maybe the out route to the bottom but if it’s any consolation, there wasn’t a wide open receiver that wound up being missed. 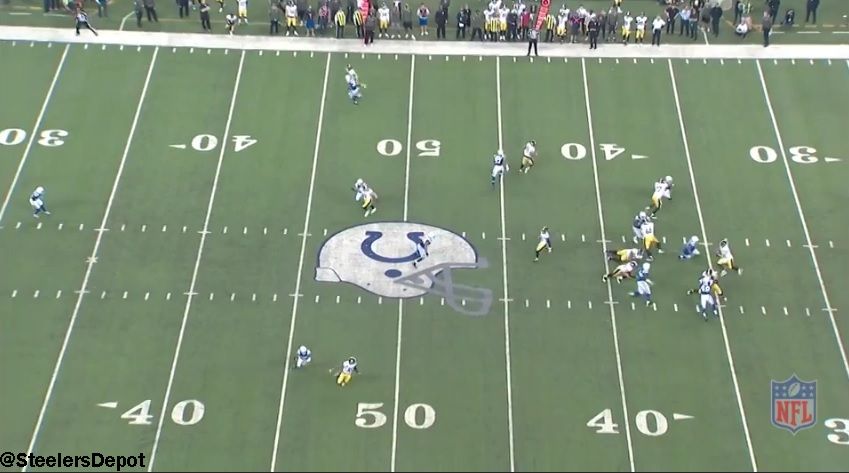 So Foster gives up his first sack of the year.