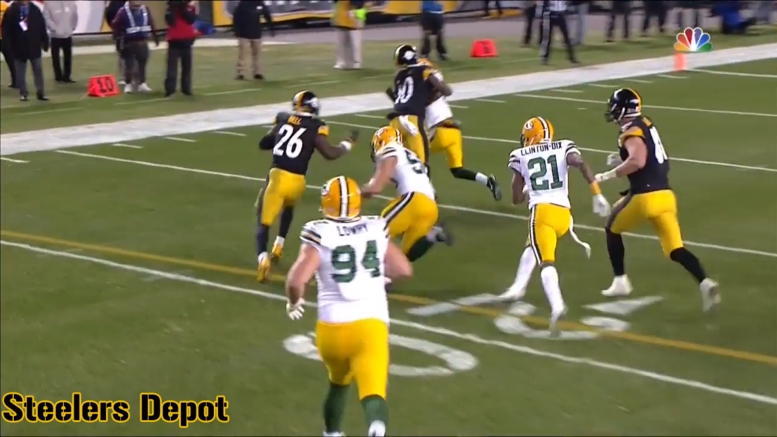 The Pittsburgh Steelers offense has certainly had its fair share of problems this season, but even with those the team has still managed to compile a 9-2 record. With that disclaimer now out of the way, it’s worth pointing out that the offensive running game really has been under performing this season as a whole and while running back Le’Veon Bell does currently lead the NFL in total rushing yards, his statistics aren’t overly great when they are dissected.

For starters, Bell’s 3.9 yards per carry average through 11 games played is 3.9 and that’s a full yard lower than his 2016 regular season average of 4.9. That basic stat, however, while revealing, still doesn’t paint a full picture as to just how off he has been this year through 11 regular season games played.

Now, for those of you that don’t like that successful run percentage formula, let’s try the one that Cleveland Browns tackle Joe Thomas talked about earlier this season that most teams use. Thomas stated that any run of 4 yards or longer is deemed a successful run in the eyes of the Browns. Additionally, any run shorter than 4 yards that resulted in either a first down or touchdown is also deemed a successful one. That’s a pretty straight forward formula and I doubt many, if any, of you would take issue with it.

There are two other statistical categories worth pointing out for Bell as well and that’s percentage of running plays that have lost yardage and percentage of running plays that gained 10 yards or more. So far this season 9.5% of Bell’s total carries have resulted in lost yardage while another 9.5% have resulted in gains of 10 yards or more. As you can see in the table of data below, Bell was much better last season in those two statistical categories than he has been so far this season.

Now, Bell is by no means washed-up and these stats presented are only for runs. Bell certainly adds a lot to the Steelers passing game not only as a receiver, but a protector as well. Even so, with the weather now starting to turn much colder and the playoffs visible on the horizon, the Steelers running game needs to start showing some improvement. They have arguably one of the best offensive lines currently in the league and Bell should be far past the knocking the rust off stage.