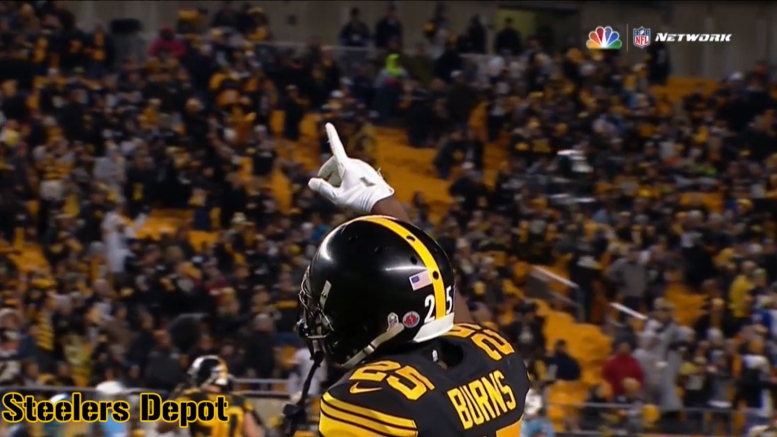 The Pittsburgh Steelers will have the opportunity to play as many games at Heinz Field in their final six as they did in their first 10. While they have had success on the road this season, winning five of their first six games away from Pittsburgh, there is always a level of comfort that comes with playing at home.

Football players are, after all, human beings, and human beings tend to be able to function at a higher level when they are more comfortable in their environment. There is a reason that it is referred to as a homefield advantage, after all—and a reason why the Steelers are just one of a number of teams striving to clinch just that throughout the playoffs.

Last Thursday night’s game against the Titans was Pittsburgh’s first of the season at home in prime time, though it won’t be their last. In fact, their next game will take place at Heinz Field tomorrow night, hosting the Packers for Sunday Night Football.

But the players felt the difference on the field, and it would certainly seem to have shown on the scoreboard, as they blew out the Titans by a score of 40-17. Ben Roethlisberger threw four touchdown passes, his first throwing more than two this season, while the defense intercepted four passes, something they haven’t done in years.

Though he was not among the defenders who nabbed a football of their own, second-year starting cornerback Artie Burns told the team’s website that he believes the intensity of the crowd played a role in helping the defense generate those plays—which also included five sacks.

“It was some of everything”, he said of the factors helped the defense have one of its most impressive games in terms of splash plays in recent years. “It was the home field advantage. Our crowd was going crazy”, added Burns.

“We were applying pressure. The pressure of the crowd. Coverages. It was a mix of everything that was getting to [the Titans]. As the game kept going on, we kept dialing it up. We started creating more turnovers and more splash plays happened”.

As a general rule, teams tend to win a higher percentage of games and produce more efficient or productive statistics while playing in their home stadiums in front of their home crowds. It ultimately doesn’t particularly matter why this is the case—suffice it to say that it is.

And for the first time in years, the Steelers are in the driver’s seat with just six games to go. They can lock up the number one seed the AFC if they win their final six games, only one of which comes against a team that currently has a winning record. Imagine how much pressure a playoff crowd could apply.