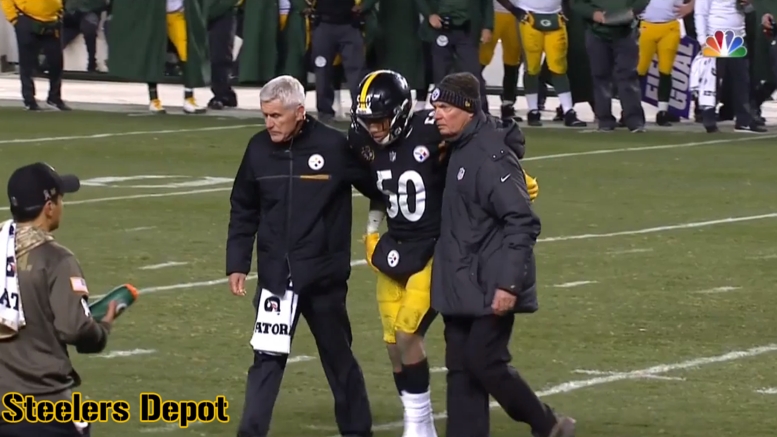 11 games into the 2017 NFL season, Pittsburgh Steelers inside linebacker Ryan Shazier had already tied his career-high in tackles for a single season with 87, a number that he has reached in each of the past two years, so he will set a new career-high, likely very early, in the game on Monday Night against the Bengals.

While he has somewhat perplexing been kept off the sack sheet—that is not to say that he has not been effective as a blitzer this year—his whopping 11 passes defensed are by far the most by all defenders outside of the secondary. The Jaguars’s Telvin Smith is the closest with six.

He is well on his way to earning his first outright Pro Bowl nomination, having been able to make it there for the 2016 season as an alternate when the Ravens’ C.J. Mosley elected not to participate in the game. Selected just ahead of Mosley in the first round of the 2014 NFL Draft, Shazier is looking to step out in front this time.

And what is exactly giving him the leg up, so to speak, to have his best season to date? It has simply been his ability to stay on the field. They say that the best ability is availability, and that is the one that he had previously lacked.

He is showing more than capable of it so far this year, however, a fact that we were briefly reminded of late during Sunday’s game, when the linebacker suffered a minor ankle injury. He came out for two plays before returning, just the second time all season, I believe, that he has done so, logging something like 99-plus percent of the team’s defensive snaps this year.

Shazier has insisted multiple times since the game ended that his ankle is fine and indicating that he is in no jeopardy of being slowed down, let alone missing further time. Of course it wouldn’t be the first time that a player re-entered one game only to miss the next, but I have no expectation that that will be an issue here.

So much of what the Steelers do, and have come to do, on the defensive side of the ball is channeled through Shazier’s unique abilities at the inside linebacker position, which makes it all the more critical that he remains on the field.

While he has obviously had his mistakes, including a high number of missed tackles, his talent cannot be denied, and it has only become increasingly more obvious this season the longer he has been able to remain on the field.