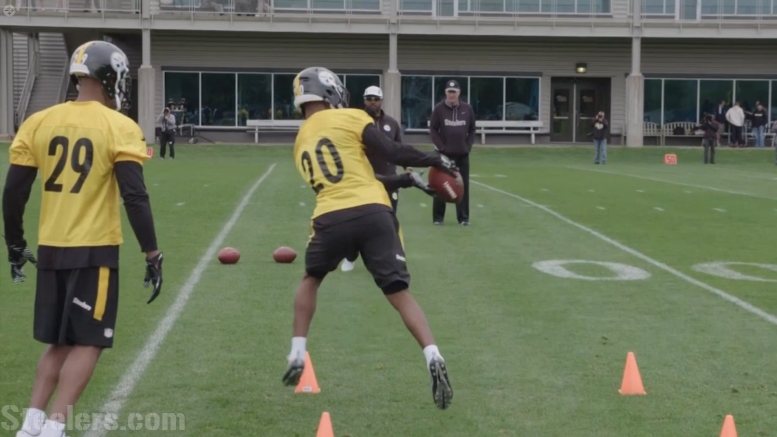 It’s likely, maybe almost certain, Cam Sutton is activated off injured reserve. He’s healthy, Mike Tomlin seemingly impressed with the work he’s put in at practice, and the Pittsburgh Steelers probably don’t want to shut him down and stunt his growth the rest of the season.

So Sutton, and his awkward #34 jersey, will be ready to go. But finding a home for him on this defense is going to be difficult. Don’t get your hopes up. Coty Sensabaugh is the guy to replace Joe Haden. There wasn’t much debate about it after Haden went down and Sensabaugh’s performance Thursday night cemented that.

Slot is out, too, an area Sutton saw increased work at during his brief training camp appearances. Mike Hilton has played exceptionally well. End of story. The last spot you could argue is the most likely, supplanting William Gay in dime packages. But Gay has played well and is suited for that box role with his sure tackling and football IQ. Sutton could do well in that role but with Gay playing well, and the secondary as a whole holding their own, the Steelers probably won’t make a change unless they feel compelled to.

It’s not impossible Sutton gets added into that role but you figure if it happens, a change won’t be made until later in the year.

Bottom line. There’s no obvious place for him to go. Instead, he’ll be a member on special teams, assuming he gets the nod over Brian Allen. Maybe working as a gunner and if not, somewhere along Danny Smith’s unit. There’s an argument that will be made for him to return punts. Frankly, I’d be shocked if that happened at any point this year.

That probably doesn’t reach the expectations set out for him after the draft but it’s a good problem to have. For the first time in a long time, there’s real depth at cornerback.

Turning to Sensabaugh is a downgrade, there’s no debate about that, but it’s a lot better than turning to Antwon Blake/Doran Grant/Brandon Boykin, all names from not too long ago. It got ugly.

Obviously, there’s no telling exactly where Sutton’s career heads. He hasn’t even taken a snap yet. But with his IQ, work ethic, and depth that will allow the team to slow-burn his work into this team, he’s in position to push for playing time in 2018.