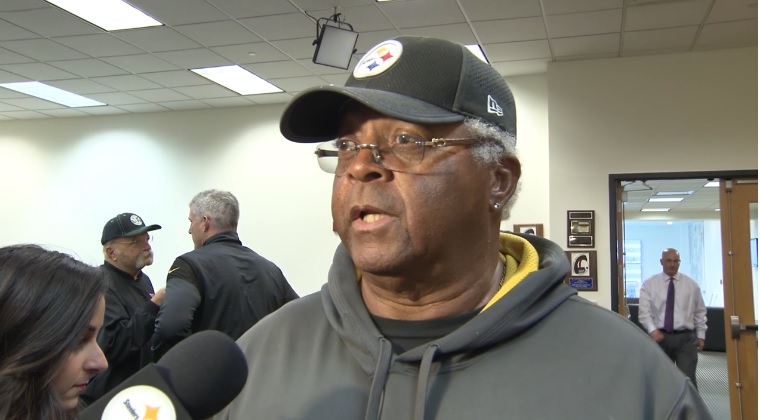 Consider JuJu Smith-Schuster a starving artist of sorts. Or maybe just starving. That’s how wide receivers coach Richard Mann described him speaking to the media, one of the rare times during the year Steelers’ assistant coaches get some facetime with reporters.

“He’s a quick study,” Mann said via Steelers.com. “He loves football. He’s been on the big stage before, being at USC. He’s starving for knowledge. He’s easy to coach, he listens. He can figure out when he’s making mistakes and how to correct it. I think that’s the biggest thing I found out about him. He really does not like to make mistakes. It kills him. Therefore, he works hard at not making mistakes and that’s what we see on the field.”

We’ve seen Smith-Schuster act as his biggest critic even in the middle of a historic game. He dominated a week ago against the Detroit Lions but according to what Ben Roethlisberger said post-game, was beating himself up for dropping a crucial third down pass. He rebounded by catching the next two and closing out the victory.

Even with the bye week, he’s still doing laps around the rest of the rookie receivers. He ranks first in all three major receiving categories; receptions, yards, and touchdowns. And if he continues the pace he’s on, could wind up setting some franchise rookie records.

It’ll be interesting to see how the Steelers use him with Martavis Bryant’s presumed return. Smith-Schuster has continued to make the case, both on and off the field, that he’s the more valuable asset and done more to prove himself in 2017. The best thing for this offense may be to make Smith-Schuster the permanent #2 receiver in two receiver sets and then kicking him to the slot anytime the Steelers go 11 personnel (which is often and still allows for plenty of snaps for Bryant).

But you go with the hot hand. Few are hotter than JuJu Smith-Schuster.