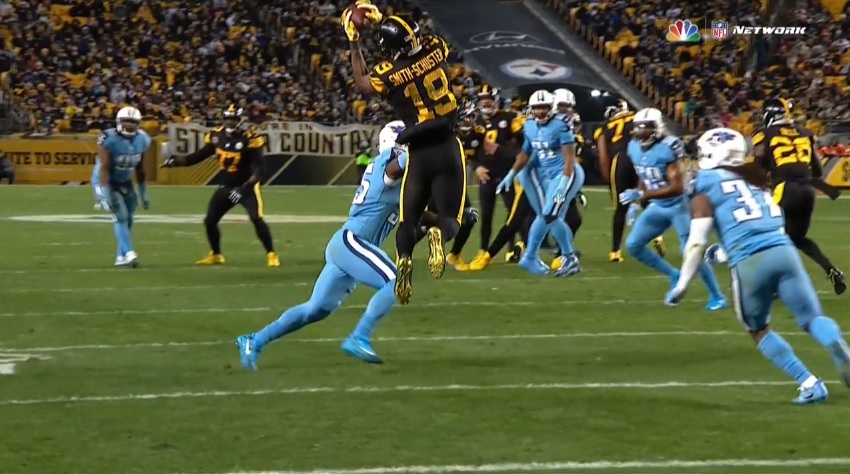 The Pittsburgh Steelers have yet to release their final injury report for Week 12 but according to Gerry Dulac of the Pittsburgh Post-Gazette, rookie wide receiver JuJu Smith Schuster won’t play Sunday night against the Green Bay Packers.

Smith-Schuster, the Steelers second-round draft pick this year, apparently suffered a minor hamstring in the team’s Week 11 Thursday night home win over the Tennessee Titans. That injury resulted in him failing to practice this week and head coach Mike Tomlin hinted this past Tuesday that there was a chance that might happen.

Smith-Schuster, who is currently the league’s youngest player, turned 21 years old on Wednesday.

The rest of the Steelers Friday injury report will be out soon.