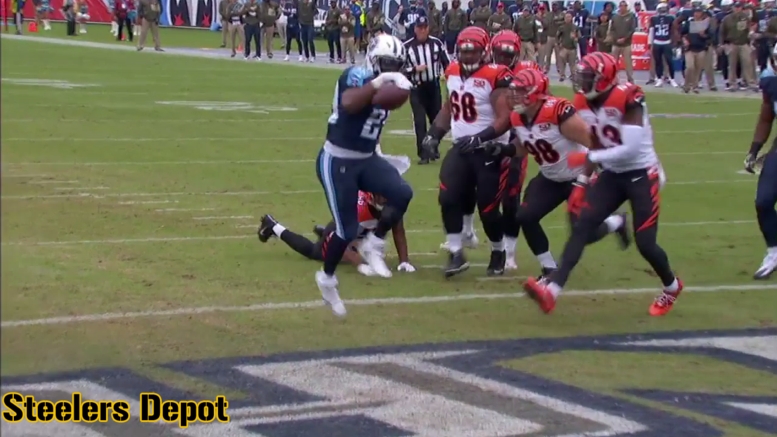 The Pittsburgh Steelers have had a somewhat concerning number of games over the course of the past season’s worth of games or so—closer I suppose to a season and a quarter—in which they have allowed their opponents to rush for over 200 yards.

If I’m not mistaken, however, the one commonality that they had between almost all of them was a rundown defensive line. In three of the four instances from the Week Seven Miami game last season to the Jacksonville game earlier this season in Week Five, the Steelers were down at least one defensive lineman.

Going back to that Dolphins game, Cameron Heyward had just been injured the week before. They were literally playing without him for the first time since 2010, the year before he was drafted. That combined with some bad run support from the cornerbacks helped allow for a breakout day for Jay Ajayi.

It was in the season finale against the Browns—a meaningless game—last year when it happened again, in a game that went to overtime. Aided by a 67-yard run, Cleveland amassed a significant rushing total against a defensive line down both Heyward and Stephon Tuitt.

This season, against the Bears, the dam really broke in overtime during Chicago’s 222-yard effort. 73 of those yards came on just three runs in overtime, even if 149 yards in regulation is still bad. Again, however, this was a game in which they were without the services of Tuitt, who was working his way back from a bicep injury at the time.

As for the Jacksonville game, the Jaguars did put up 231 rushing yards, and Tuitt was back by then, albeit just so, and not seemingly fully healed, as he would ultimately miss more time leading into the bye week. But it should be pointed out how much of that total came on one play.

It was the play that sealed the game, a 90-yard touchdown run to ice it. It was third and two with the Jaguars just trying to run out the clock. The Steelers sold out to stop the short-yardage play, so if they failed to, there was a greater probability of disaster.

After all, if they didn’t get Jacksonville off the field, the game would have been over anyway. The play occurred after the two-minute warning and the Steelers used all their timeouts. If the Jaguars got a first down, they would win. So a three-yard run or a 90-yard run didn’t make a difference.

But why am I talking about this now? Well, for one thing, the Steelers have been playing the run better since then. And they also have their full front seven intact for the first time, or just about.

But it’s also because they’re about to face another top-10 rushing offense, as the Jaguars and Bears both are. The Titans are eighth in total yardage, seventh in yards per rush, and second in rushing touchdowns, with the third-most explosive runs, so they better bring their A game.