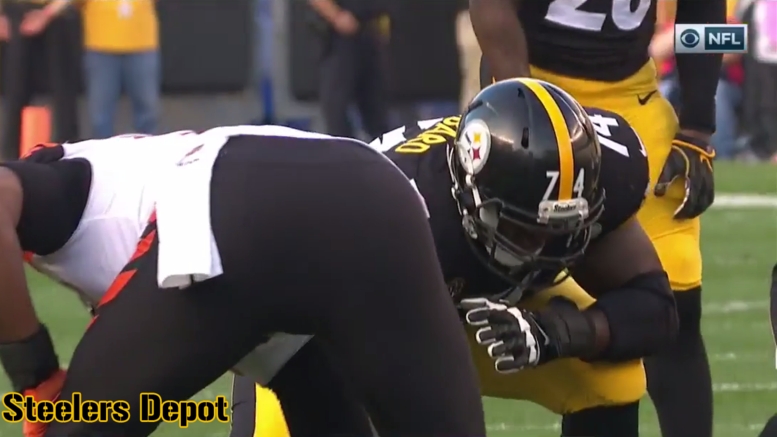 If you told me back in 2014 during his first season on the 53-man roster that Chris Hubbard would be the primary (though not intended) starter at a spot along the offensive line at any point of his career, whether with the Pittsburgh Steelers or otherwise, I would have laughed at you.

I’m not laughing now, and not because I think the reality of that truth is frightening, but because he has since proven himself to be a capable backup offensive lineman, and has already made eight starts over the course of the past two seasons in place of Marcus Gilbert at right tackle, and set to start four more.

The reason for that, as we have already touched on several times over the course of the past 24 hours, is because Gilbert has been suspended for four games due to a violation of the league’s policy on performance-enhancing substances.

But the long and short of it is that Hubbard now has for himself a nice, long stint to truly prove his worth to the team. Or perhaps to another team. The former undrafted free agent is in his fourth season this year and playing under a restricted free agent tender, which he has more than earned.

But he will be a free agent in 2018, and provided that he continues to play over the next four games at least as well as he has had in his previous appearances in the starting lineup, then I would not find it surprising if he were able to find a suitor for a full-time starting job come March or April next year.

That could prove to be a problem for the Steelers next year, for not the least of which reason being the fact that the backup tackle position has proven over recent years to be crucial time and time again, as evidence by the fact that Hubbard will have started 12 games over the past two years by the time this one is over.

And believe me, there are worse starters out there than Hubbard.

Considering that 2016 fourth-round draft pick Jerald Hawkins has not even been able to leapfrog Matt Feiler, who has spent most of the past couple of years playing guard, as the backup to the backup tackle, one might find it concerning if the Steelers lose Hubbard after this season.

But of course there is a long time between now and then for such things to be settled. This next four-game stretch will really be the audition, the game film that scouting departments are going to watch when it comes time to sign players in free agency.