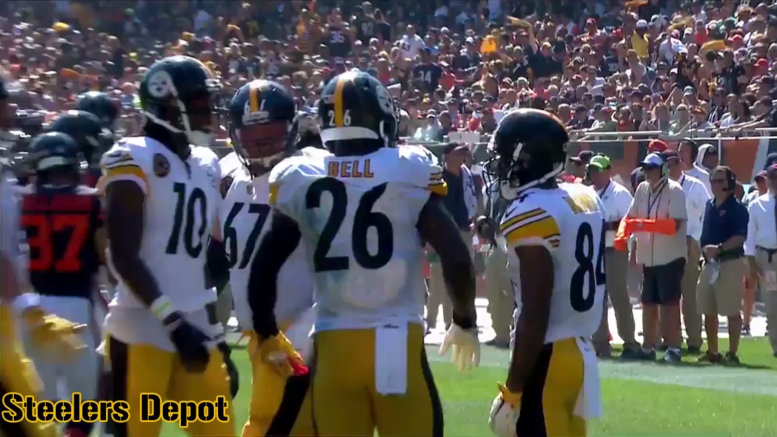 Throughout the offseason, Pittsburgh Steelers wide receiver Martavis Bryant did an excellent job of doing and saying all the right things in the public sphere—at least after the draft, anyway. He presented himself as somebody who had seriously matured, a sober and thoughtful individual ready to take on the next chapter in his life.

Unfortunately, that next chapter seemed to begin with a line akin to “It was a dark and stormy night…”, because the third-year veteran had not been happy through much of the early portions of the season, and he multiple times expressed his frustrations on social media, privately, and finally to reporters.

His rogue behavior got him a one-game benching, which he served heading into the bye week, meaning that when he takes the field against the Colts on Sunday, it will have been three weeks since he last caught a pass—and that for three yards.

But he has once again returned to the optics that originally earned him the benefit of the doubt in his bid for a return—in a year in which we are also potentially witnessing the success returns of other notable suspended players in Dion Jordan and Josh Gordon—even if he may have lost some credibility in the interim.

Prior to the Lions game, Bryant expressed frustration over both his role in the offense and his lack of productivity, and suggested that if things don’t change, then he would want to be traded. Of course, the trade deadline is now long gone, and he also said that he would just do what he has to do if that did not happen.

He understands how important for the potential future of his career the next eight games, so he predictably was asked about it yesterday and how it would define his season. According to Mike Prisuta, he told reporters that “our season is defined by the Super Bowl. We want to do it for Mr. Rooney”.

You can’t get a more team-first answer than that, though for many it no doubt will resonate as a company line. Whatever it may be, it doesn’t particularly matter as long as he keeps himself composed and doesn’t cause problems.

He went on, speaking about his prior frustrations with his slow road back and his conversations with Mike Tomlin. He said that the two “had talks about not fighting the process. I wanted to come back in and have instant success. It didn’t work out”.

“Now”, he continued, “it’s about being patient and just going out and having fun with it and just letting everything fall into place”. Which, really, is the only thing that he can do, anyway.