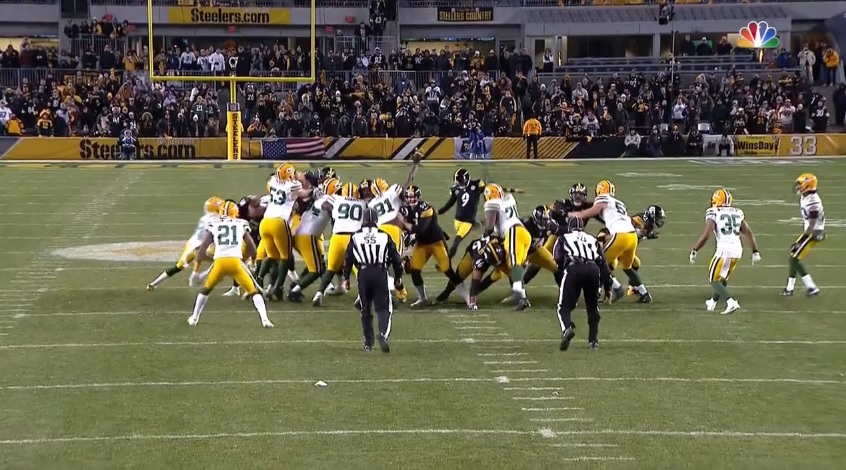 Kameron Canaday might be the least well-known Pittsburgh Steeler. But considering his job, that’s a good thing. Canaday has served as the team’s long snapper for all of 2017, rarely with issue. I’m hesitant to say it’s been perfect, partly because I don’t know near enough about the position, but it’s definitely been good enough.

Long snapping, on the surface, might seem easy. But the margin between an NFL starter and someone on the street is razor thin. And there’s no in-between. Canaday found that out the hard way a little more than a year ago. As a rookie, he latched onto the Arizona Cardinals and made the team out of camp.

Disaster struck against the Buffalo Bills when one of his snaps sailed over the holder, returned for a touchdown in an eventual 33-18 loss. True to form, Bruce Arians didn’t hold back after the game.

“Grow the hell up. It has nothing to do with anything but what’s between his ears,” he told the AP.

It wasn’t Canaday’s first poor snap of the season and two days after those comments, he was released. Pittsburgh signed him in the winter but remember, they released him too. He was the odd man out after the Steelers drafted Colin Holba, their sixth round pick and heavy favorite after knowing Greg Warren’s injury situation that forced his retirement.

But with Warren done, Canaday was signed back a little over two months later and carried into camp. Though the Steelers never went into much detail of why Canaday got the nod, he edged out Holba, who is now with the Jacksonville Jaguars.

As Danny Smith likes to harp on, a kick isn’t just a kick. It’s not off a tee. There’s an “operation,” his word of choice, and nothing can go wrong.

“One of the craziest terms in our game is when I hear announcers say chip shot,” Smith mentioned in last week’s interview with Bob Labriola. “Anytime it’s an operation, it ain’t a chip shot. When a ball is sitting on a golf course and laying there still and you got a club in your hand, that is a chip shot. And I don’t know a damn thing about golf.”

Any miscue in the timing of a snap can lead to a block or miss. A good long snapper is like a mid-90s Honda Accord. Not flashy but utterly reliable. That’s what Canaday has been for the Steelers.

If there were any demons in the first place from that rough year in Arizona, he’s seemed to exorcise them. Chris Boswell has rightfully gotten the praise for the big kicks he’s made this year. But it isn’t just a kick. It’s an operation. Show some love to Jordan Berry and Kameron Canaday.