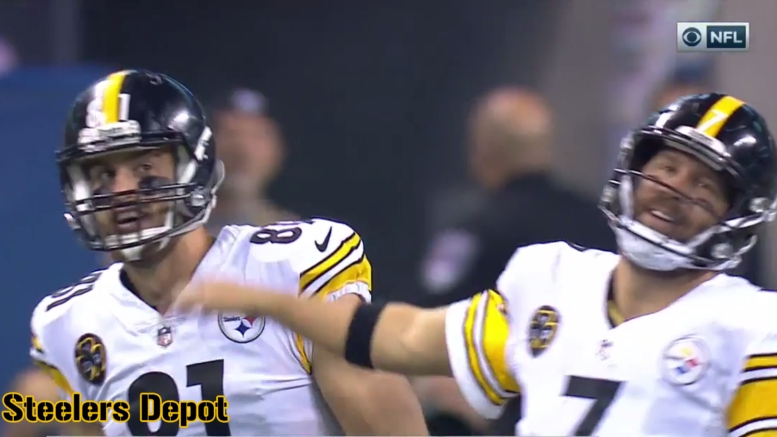 I am hopeful that by now the majority have accepted or realized that Pittsburgh Steelers third-year man Jesse James is not equipped to be a ‘franchise’ starting tight end. Working under the assumption that he would still be classified as a ‘starter’, he is arguably the most limited that they have on either side of the ball.

And yet he has been their primary tight end for a season and a half already, only in recent weeks gradually seeing the emergence of Vance McDonald, who was acquired late via trade and who has been—and continues to be—hindered by injuries.

Of course, he wasn’t supposed to be the starter last year. Ladarius Green was, but we all know how that played out, so let’s not revisit that in great depth. The point is that they threw him out there to see whether or not he could swim—not that they had anybody else. He didn’t drown, but he didn’t exactly swim either.

He is still treading water at best, and at times going under, and it’s simply not enough. Many commenters are even beginning to say that he has regressed from last season, though I wouldn’t agree. I would simply argue that he has continued to be as, let’s say, ‘inconsistent’, but on a more noticeable (and importantly more recent) basis.

Let’s remind ourselves real quick that even last year the Steelers showed they were not enamored with James. Leading up to Green’s activation, the team was starting to use instead first-year tight end Xavier Grimble in the two-minute and hurry-up offense because they thought he offered more in that department.

Later on in the season, they also began to rely more and more on David Johnson, who frankly I argue still that they should have kept, in blocking situations. They even had packages for him on which he was the lone tight end, or partnered with Chris Hubbard as a tackle-eligible.

In recent weeks, we have seen James’ snap count get hacked down relative to McDonald’s health, with the more veteran player of the two beginning to take more and more of the 11 personnel snaps, many of which come on the two-minute drill.

Just compare the first half from Sunday’s game. McDonald played 20 snaps, including 10 out of the 11 personnel package, eight of which came at the end of the half in the hurry-up offense. James played 12 snaps.

But he ended up playing 33 snaps in the second half, missing only six, in large part due to the fact that McDonald got hurt on special teams. He stayed in the game, but it seems pretty clear that they were being cautious with him.

And if it’s not obvious enough, he hasn’t been practicing this week, so he clearly was injured. And so instead we will likely be in for more of James’ inconsistent showing tomorrow night. Maybe he has one of his better games and gets that one block that his supporters can cling to to show that he’s ‘the real deal’, but it’s only a matter of time before his role will be replaced.