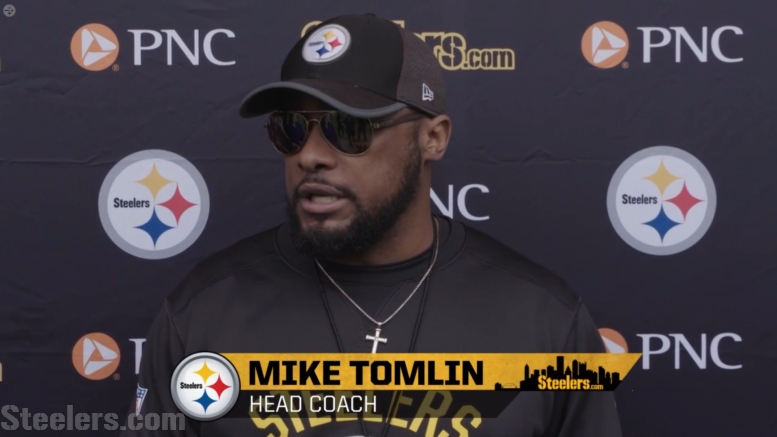 History is just that. History. But if it’s any indication, the Pittsburgh Steelers are sitting pretty. The narrative on Mike Tomlin and the Steelers, definitely rooted in some truth, is that they’re a slow-starting team. But come the back half of the year, they find their groove and make a run.

This year could be the best of both worlds. Pittsburgh is 6-2 after eight weeks for the first time since 2011. The more relevant figure is what’s happened the second half of the season the last four years. Over that span, Tomlin’s Steelers haven’t finished any worse than 6-2, including a 7-1 streak to close out 2016.

Even 2013, an 8-8 season and arguably Tomlin’s worst, ended in a 6-2 finish and an Antonio Brown footprint away from bettering that to 7-1. Obviously, the quick math suggests the Steelers finish the year 12-4, a mark they haven’t reached in six seasons (the last time they started a year 6-2, if you’re keeping score).

I don’t think the second half success is a coincidence either. Tomlin’s biggest talking point, the one he harps on the roster from the day they start a new year, is conditioning. Be the most conditioned team. That closes out games, closes out seasons. You hear it from players, you hear it from Tomlin himself.

I remember what former Steelers’ receiver Issac Blakeney told me two summers ago.

“Coach Tomlin’s number one thing is to be the best physically conditioned team every time we step out on the field. He feels like that wins a lot of games.”

“It’s going to be required. Every great player I’ve ever been around has been highly conditioned. Physical conditioning precedes everything else.”

That’s most true of the Steelers two best players: Antonio Brown and Le’Veon Bell. Brown’s remarkably durable for a thin-looking frame and talk to anyone who has played alongside him and they’ll marvel at his work ethic.

Bell plays at a snap count unrivaled by any other back in the league and is the type of guy who can run through half a defense on a 42 yard gain and stay in for the next three snaps. They lead and the rest of the roster follows.

If the Steelers finish on the same note they have for the last four years, there’s an excellent chance they sit atop the AFC when the dust settles.