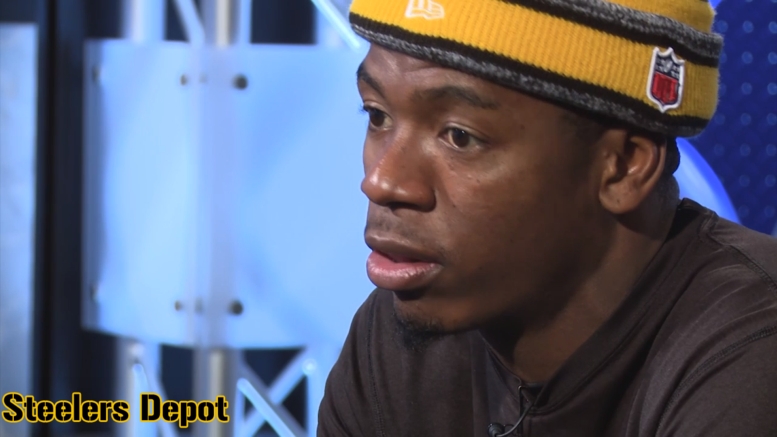 Who knows what the Pittsburgh Steelers told free agent cornerback Coty Sensabaugh when he came in for a visit back in the spring before signing. Ross Cockrell was the incumbent starter at the time, by default, with Senquez Golson the ‘challenger’. Was he told he would compete for a starting job?

By the time training camp came and went, that appeared to be what was happening, particularly as Cockrell struggled, eventually getting traded to the Giants for a conditional seventh-round pick. But that move was made only after the team had signed Joe Haden in free agency. So if he had any hope of being the starter, that faded quickly.

Still, when he suddenly was tasked with coming into the game cold off the bench in the ninth game of the season when Haden went down, it wasn’t a big deal to Him. he was ready. “Honestly it was pretty slow for me because I had been preparing”, he said.

“Going into my sixth season, I understand that at the drop of a dime, anything can change”, he went on, telling Missi Matthews in an interview with the team’s website this past week. “So this whole season I’ve just been preparing to play whenever the opportunity did come. I didn’t know when it would come, but I knew at some point it would come. So for eight weeks I had just been preparing”.

Sensabuagh had for the previous two years entered the regular season—first with the Titans, then with the Rams—penciled into the starting lineup. He is a player who believes he has proven capable of playing at the highest level. So he admits that it wasn’t always easy sitting on the bench.

“It kind of got frustrating, because, you know, you want to be out there with your guys, helping your team out”, he told Matthews. “But it just wasn’t my time yet. And we were winning, so that helped, too”. He noted that this is the first time in his career that any team he’s been on has been 8-2.

Haden went down in the first half against the Colts two Sundays ago, but he made his first start for the Steelers just a few days later, playing on Thursday. The short turnaround wasn’t much of an issue for him transitioning from depth to starter because of his standard weekly preparation. But it helped that he knew his opponent, too.

“I just saw the receiver chop his route down and I knew he was running in and I just kind of followed him”, Sensabaugh said about leading into his interception during that game. “[Marcus] Mariota, he actually looked me in my eye, and I’m surprised he threw it”.

“But it was crazy”, he said, “because my last year in Tennessee was his rookie year, and I remember before practice, and after practice, I would catch passes from him every day, as much as I could, and I was like, ‘man, this is gonna come in handy sometime’”.