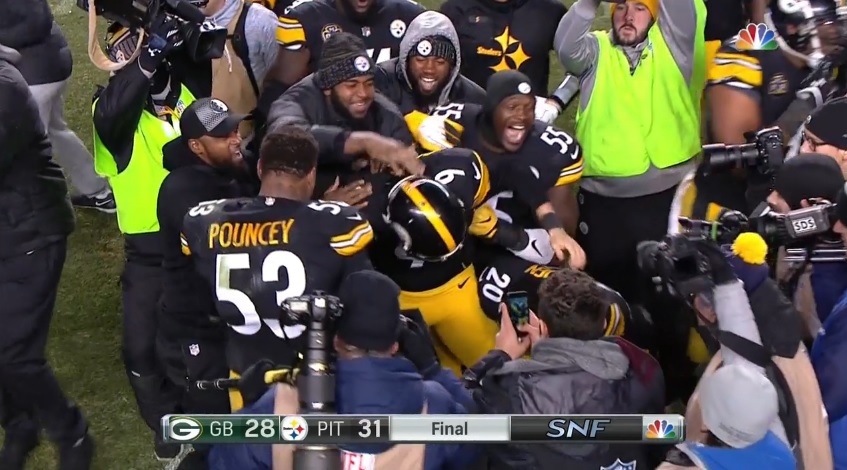 Chris Boswell left everything up to Danny Smith and the Pittsburgh Steelers’ offense. When his named was called, he went out on the field and drilled the game-winner. It didn’t matter the distance. The only thing that did was coming through when the team needed him.

That’s what Boswell said shortly after nailing a 53 yarder – a career long, no less – to beat the Green Bay Packers Sunday night.

“I don’t tell them numbers,” Boswell told reporters via Steelers.com. “They don’t ask me numbers. If we need it, we need it. And I kick it.”

Kick it he did. Boswell’s boot sneaked in under the left upright, with enough distance to be good from another five yards out. He had never hit anything longer than 51 yards in his Steelers’ career but at Rice, he routinely put up gaudy numbers. That included a 56 yarder his senior season.

It’s the second game-winning kick Boswell has connected on this year, the other coming in a comeback victory over the Indianapolis Colts. Though neither win was pretty and to the national media, a much closer game than anticipated, Boswell said it showed what kind of group the Steelers have.

“It just shows we hang together until they very end. Everyone fought their tail off. Just happy I did my part to seal it.”

The Steelers got the ball back with 17 seconds left in the game and the ball on the 30 yard line. Ben Roethlisberger told reporters he went to Danny Smith and asked where he needed to get the ball. Somewhere between the 32 and 35 yard line was Smith’s reply.

The Steelers got inside the 35 but a pass to Le’Veon Bell on the final offensive play, which Roethlisberger admitted he regretted, put it squarely at the 35. It didn’t matter to Boswell, who calmly won the Steelers the game and then hoisted onto Alejandro Villanueva’s shoulders.

Of all the special teams gems, Darrius Heyward-Bey, Roosevelt Nix, Vince Williams, none have been as valuable as Chris Boswell. Heinz Field is the hardest place to kick in, especially closing in on the winter months. The wind picked up in the game’s final moments, only complicating things that much more, but Boswell has consistently shown the ability to come up clutch in the game’s biggest seconds.

In three years with the team, he’s missed only ten field goals with an accuracy of over 88%. Even by today’s standards, where kickers get more and more precise, it’s a really strong number. Since 2015, only six other kickers have made more field goals than him and of that group, only four have a better percentage.

Make him a Killer B, Steelers’ Nation.