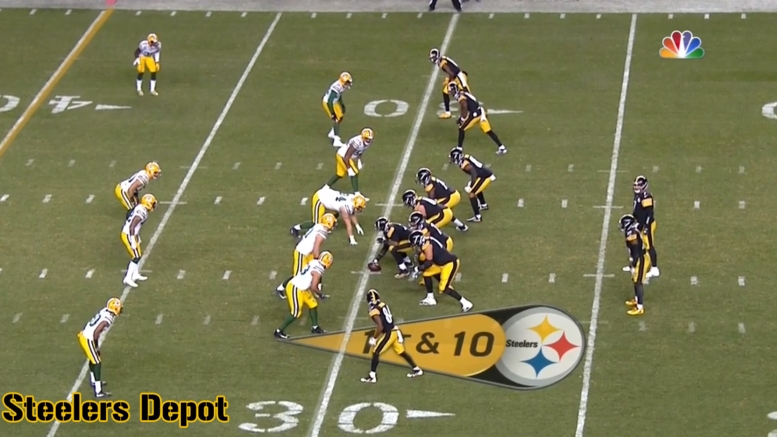 The Pittsburgh Steelers have not gotten a chance to use Justin Hunter much this year. Frankly, he is just too far down the depth chart. He is a wide receiver who has a great deal of potential; but you shouldn’t be talking about potential five years into his career, which has been the problem.

Alternately having functioned as the fourth, fifth, or sixth wide receiver on the depth chart, the former Titans second-round pick has only seen a dozen or two snaps so far this season, but with JuJu Smith-Schuster missing Sunday night’s game with a hamstring injury, they were able to work him onto the field some.

And what I found interesting is the fact that, in contrast to how he was previously used, they actually paired him with their other tall wide receiver, Martavis Bryant, the majority of the time. The two shared the field for four of Hunter’s seven snaps during the game, in contrast to his snaps in earlier games, when he would come on in place of Bryant.

That is how it started out. His first two snaps in the game, in the middle of the opening drive, so him take Bryant’s spot on the field for two plays after Antonio Brown was flagged for a false start. He was not targeted on either play, the first being a running play. He did not factor into the equation there.

He did check back in when they reached the red zone, coming into the game for one snap, and seeing his lone target of the game. On second and goal from the two, Ben Roethlisberger delivered a well-placed back shoulder throw that he could not complete to the ground.

Bryant and Hunter were used on opposite ends of each other on that play, perhaps with an eye toward stretching out the defense as far as possible by stationing a pair of sentries far apart from one another, but they lined up on the same side for the latter’s final two plays in the game.

Roethlisberger took a sack for a loss of 10 yards on first down during the Steelers’ opening possession of the final frame. Eli Rogers was swapped out in favor of Hunter for the second-and-long, and the offense lined the two up right next to each other, both on the line of scrimmage, just inside the numbers on the right side.

Both of them ran vertical routes that helped to clear the middle of the field, with Le’Veon Bell the recipient of a pass in the opposite flat, able to pick up 14 yards on the play. The next and last time they put the two together was on Brown’s 23-yard sideline grab with 17 seconds to play, again, both running vertical routes.

Chances are this is not something that we are ever going to see developed, because there is no compelling reason for them to continue to dress Hunter, let alone play him, when Smith-Schuster gets back. But it was interesting to see them out there together, even if nothing directly came of it.