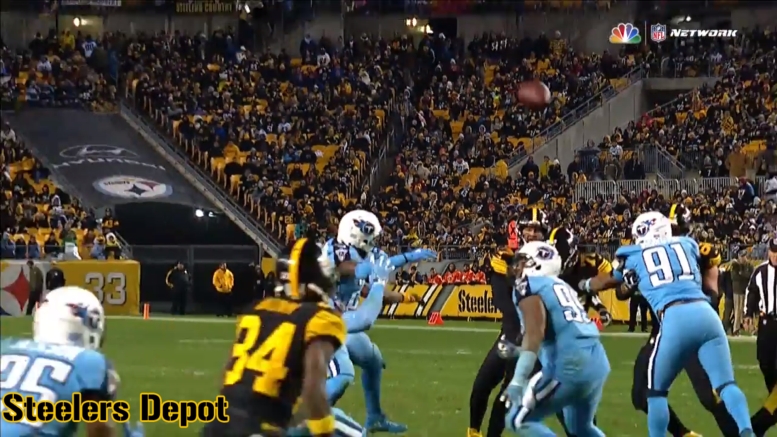 Last night, Ben Roethlisberger did not simply play well; he continued to make history. With every throw he plays, he entrenches himself deeper and deeper into the annals of NFL history as a quarterback, already owning the majority of the Pittsburgh Steelers’ own franchise records, many of which were previously held by Hall of Famer Terry Bradshaw.

Last night, he climbed up two different career leader boards, in doing so overtaking some pretty significant names. First, with his ninth (of 30) completions in the game, he became just the ninth player in NFL history to complete at least 4000 passes in his career, now standing at 4021.

In doing so, he has, at least for a few days, surpassed Chargers quarterback Philip Rivers, who joined the 4000-completions club on Sunday, sitting currently at 4005. Roethlisberger has overtaken him for the eighth-most completions in NFL history with 4021, but Rivers can retake that spot in a few days.

His next non-moving target would be one of his idols as a young football player, Broncos great John Elway, who completed his 16-year career with 4123 completions. Roethlisberger needs 103 more completions over the course of the final six games to pass him.

Brett Favre, with an absurd 6300, leads this category, with Peyton Manning second. Drew Brees reached the exclusive 6000-completion club earlier this year, while Tom Brady, Dan Marino, and Eli Manning make up the rest of the nine players with 4000 or more completions.

One list on which Roethlisberger had already passed Rivers was career passing yards. He entered yesterday’s game with 49,112, while Rivers was about 1000 yards behind. He’s another 299 yards behind now.

But whom he did overtake last night was Warren Moon, the man he also passed on the completions list on Sunday. Now he climbed over him on the passing yardage list in consecutive games. Moon had 49,325 yards in his career, and with his 299 last night, Roethlisberger now has 49,411, the eighth-most in history.

#Steelers QB Ben Roethlisberger has surpassed Warren Moon (49,325) for the eighth-most passing yards in NFL history, with 49,352 + counting in his NFL career.

Unfortunately, he will be stuck there for a while, as next on the list is Eli Manning as a moving target at 50,307. Elway sits at sixth with 51,475 yards, so Roethlisberger would have to throw for over 2000 yards over the course of the final six games to pass him this season. Basically, he’s gone as far as he can go if he should retire after this season. And considering Marino is next at five with almost 10,000 more passing yards than Elway it’s unlikely he ever cracks the top five.

He also has a ways to go on the career touchdowns list, sitting eighth with 317 after last night. Aaron Rodgers is actually behind him with 201. In front of him are his draft classmates, Rivers with 329 and Manning with 334. Fran Tarkenton at six had 342.

We are, of course, getting into some pretty ridiculous names up at these lofty heights. Roethlisberger has secured for himself a place in Canton on the first ballot without blinking an eye. I just hope it’s not five years from after this season is over.