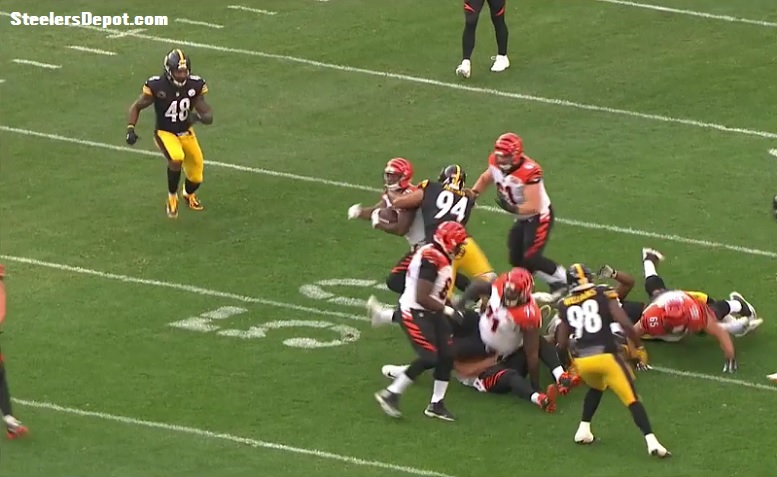 Yes, the Pittsburgh Steelers have all but locked up the AFC North. Yes, the rest of the North has ranged from mediocre to laughable. But no, all of that does nothing to change the Steelers’ approach heading into Monday night against the Cincinnati Bengals. That’s what Mike Tomlin said during yesterday’s press conference.

“Maybe globally, it’s a reasonable question,” Tomlin said when asked if it was going to be harder to get his players to focus. “I just think AFC North, Cincinnati Bengals, recent history against these guys, how emotional these games are, how big these games have been.”

And Tomlin pointed to the recent history of high-stakes games late in the year.

“Man, how many times have we played these guys in December and January the last few years? And seemingly always in Cincy? I think all those things have captured the attention of our guys. It’s AFC North ball.”

While the Bengals’ overall record isn’t pretty, just 5-6, they are playing much better this time around. They’re on a two-game win streak, edging out the Denver Broncos two weeks ago and handling the Cleveland Browns last Sunday. As Tomlin pointed out in his presser, they’ve begun to find an identity.

“When I look at their tape, I see increased clarity in terms of who they are and how they want to attack you. The last time we played those guys, they recently had gone through a coordinator change. They were trying to figure out a running back division of labor. They were trying to figure out how to supplement AJ Green in some of the passing game.”

While Green is still the focal point of the passing attack, the run game is now clearly led by rookie Joe Mixon. He’s coming off the best game of his career, running for 114 yards and a touchdown against an underrated Browns’ run defense. He’s also been an asset in the passing game, hauling in a 36 yard reception last week. Jeremy Hill is done for the year and Gio Bernard’s role has been reduced.

Tomlin also mentioned more continuity along the offensive line. Jake Fisher, unfortunately, is out for the year with a heart issue, scrapping their rotation at tackle and letting Cedric Ogbuehi and Andre Smith soak up all the reps on the outside. The pass protection has improved too. Andy Dalton has been dropped only four times over the last three weeks.

That’s not to say the Bengals don’t have their problems. Obviously, they do. But they’re in a better place now than before. And this was a Bengals team that had the Steelers knotted at 14 at the half. Pittsburgh has every reason to get up for this one. Odds are, it won’t be an easy win.

Look out for our full scouting report Monday morning on Steelers Depot.