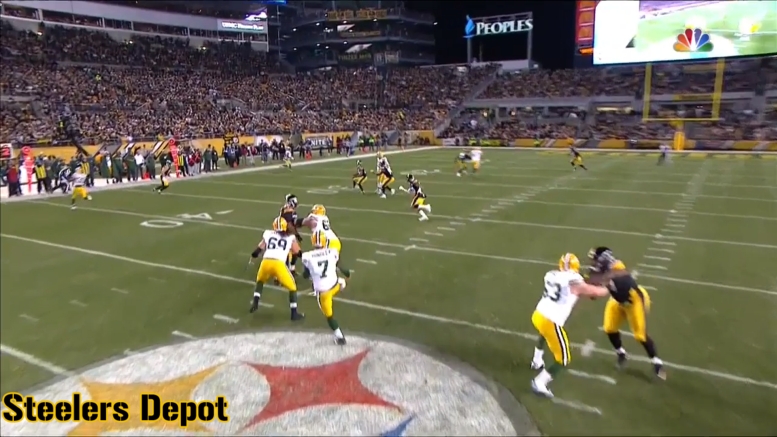 Question: Is the suddenly vulnerable pass coverage going to be the thing that stops the Steelers from winning the Super Bowl?

Right now, the Steelers have as good a chance as any team in the league to win the Super Bowl. They are in the driver’s seat to host a pair of playoff games leading to the game, though they will likely have their hands full with whatever team from the NFC reaches the game—assuming they make it there as well.

And after the last few games, one has to wonder if the deep passing defense is suddenly going to be the thing that stops this Steelers team from getting there. Sure, not having Joe Haden out there isn’t helping things, but it clearly goes beyond Coty Sensabaugh. Artie Burns has been beaten a few times as well, and blown coverages and certain schemes have been exploited for long touchdowns as well.

The Steelers have gone from being the only team in the first five games to not allow a reception of 40 or more yards to now being tied for the fifth-most in the league, allowing nine receptions of 40 or more yards—the vast majority on deep throws—in the last six weeks. It wasn’t so long ago that they had only allowed five touchdown passes. It’s now up to 12 just since the bye week.

Getting Haden back will help. Getting Mike Mitchell healthier will help. But there are obviously issues beyond that. During the first five weeks, even, they got lucky a handful of times. They have been playing with fire, and have only suffered minor burns so far, since they’re still winning, but how long will that last?

Last night’s defense certainly looked like one that would be infinitely exploitable by a quarterback of the caliber of Tom Brady. The Steelers have two weeks to get their house in order before that all-important showdown, which has a very high chance of deciding home-field advantage in the playoffs.