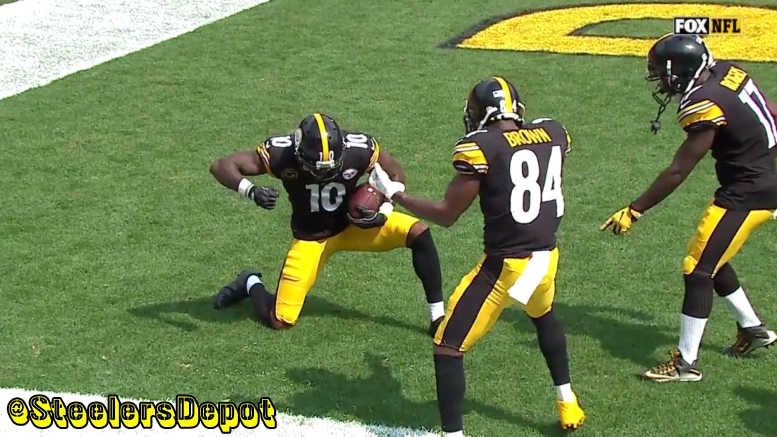 Question: Do you take issue with players celebrating touchdowns in elaborate ways?

This is a topic that seems to have divided people in the past when it has come up, so I was curious to see how things split here by addressing the topic directly. The NFL has loosened its celebration rules this year, and we’ve already seen the…let’s say elaborate results.

Just in the past game, we saw a bench press mime and the locking up of an exercise bike on the sideline. We had dice rolling earlier in the season, and a Kamehameha. I’m sure that I’m already forgetting some things, and that is not even touching on celebrations leaguewide.

Some have embraced this looser, less restrictive and more personable NFL, which has for too long been associated with the no fun league, but others don’t seem to like it at all. “Act like you’ve been there before” is the common theme.

Even one instance earlier in the year saw David DeCastro trying to celebrate with a teammate who had scored a touchdown, but who was too busy with his own contrived celebration to acknowledge his presence, and he ultimately walked off.

Some seem to be wondering how much time players spend ‘wasting’ on these celebration plans, though I have a hard time imagining that planning a celebration is coming at the expense of running routes and watching film.

There is definitely somewhat of a generational divide when it comes to this topic, though it’s far from universal. There are plenty of younger fans who don’t care for it, and older fans who think it’s refreshing.

Just to be clear, I’m not talking about Mike Mitchell flexing after knocking a receiver out of bounds after a 20-yard completion. If we include that, then the point will be flogged to death. So let’s stick with proper celebrations in big moments—chiefly after scores.

“We are going to have fun”, Le’Veon Bell recently said. “We know how hard it is to get a touchdown, the fact that we can celebrate it, we are going to full opportunity. I have my list of celebrations, JuJu has his. We are going to bounce the ideas off each other and come up with the best celebrations”.