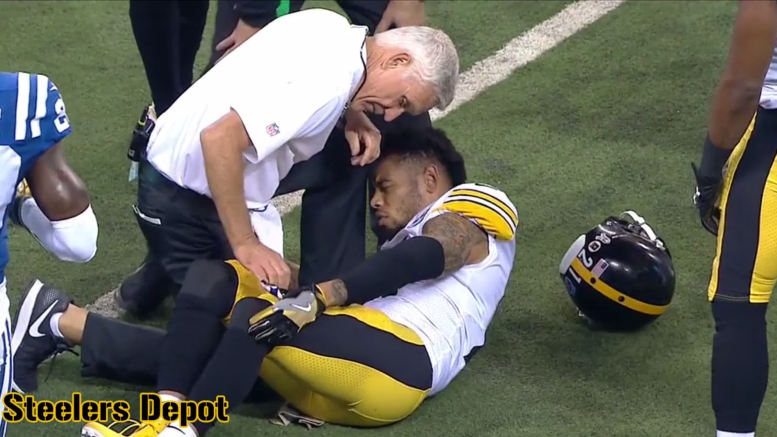 Question: Would losing cornerback Joe Haden for the year sink the Steelers’ realistic chances of winning the Super Bowl?

Straight up question that requires only a straight up answer. At the moment, it is uncertain if an answer will be necessary.

As you no doubt know by now, the Steelers’ newest cornerback, Joe Haden, suffered a fracture high on his fibula during yesterday’s game and was on crutches when he came out of the locker room. Reports are that the team is optimistic he can possibly return in six to eight weeks, but it’s way too early to know anything for sure.

Later reports were even more optimistic that he might miss only three weeks. But regardless of what happens, the question still applies, even as a hypothetical: is the team good enough to win the Super Bowl if they don’t have Haden?

It is unclear what the team will do right now, in the meantime. One obvious possibility is placing him on injured reserve with a return designation reserved for him should he be able to come back. If he does get placed on injured reserve, he would miss the rest of the regular season, plus the first week of the postseason, at a minimum, but if the team has a bye, I believe that would count.

Even if he is able to return sooner than that, it still might make the most sense, especially if the team’s playoff seeding is locked in early. They wouldn’t want to play him in an unnecessary game with the bare minimum amount of time to heal.

And all of that assumes that things go about as well as possible. Remember, Maurkice Pouncey had a fractured fibula a couple of years ago and had major complications. I believe that was a lower fibula fracture, but it can still be serious, and become even more so.

In his absence, Coty Sensabaugh took his place, and will likely continue to do so, though William Gay would be a potential candidate for more reps in some fashion. Brian Allen could be worked in as well. And this also makes it much more likely that Cameron Sutton is activated from injured reserve. The team is currently down to seven healthy defensive backs with Mike Mitchell also down.