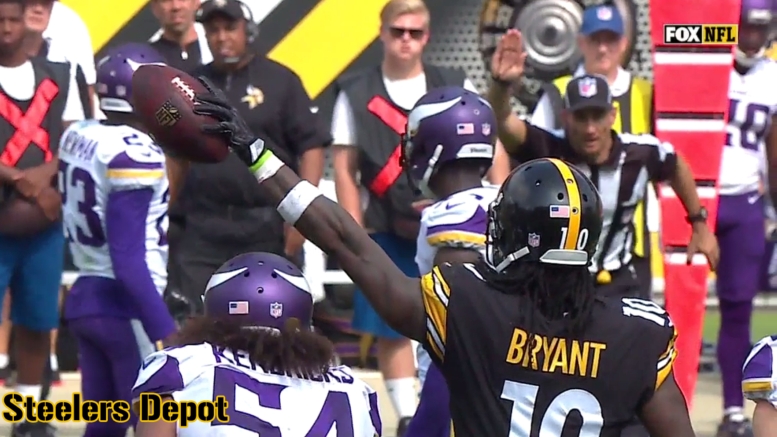 It doesn’t even feel appropriate to be evaluating Martavis Bryant in this spot. I generally try to do these evaluations in a loose order, starting with the quarterback and then usually moving on to the running back and then the top two wide receivers.

But has Bryant really been a top two receivers for the Steelers this season? Not in more than a game or two. And there are many—including members of the locker room—who seem pretty sure that they will still need him to be that this season in they have hopes of winning the Super Bowl.

But let’s back up a moment here and recount his story just a bit. He spent the 2015 season out of football, suspended over drug usage. He worked himself into fantastic shape, even trained on his own, and seemed to say all the right things at the right time along the way—except when he got on his phone.

And I really don’t even want to talk about that. I just want to talk about what has been going on on the field. And to date, he really hasn’t been the same player he was in his first two seasons. Ben Roethlisberger isn’t the same player, either, and there’s no disputing that’s been hurting his contributions as well. But it’s undeniable that Bryant’s role in his own struggles is significant.

He has made some quality plays this year, including contested catches, that keep the mouth watering over what he could theoretically bring to the table. But he’s also dropped passes, slowed on routes, and struggled to be on the same page, even failing to look back in time to track a well-placed deep ball.

In the meantime, he’s grown disgruntled with his role and his lack of production as the rookie, JuJu Smith-Schuster, has grown and taken on more tasks, often seeing even more playing time because of his versatility both outside and in the slot, as well as in a blocking capacity.

Bryant finished out the first half of the season benched for disciplinary reasons after airing his grievances, ending a tumultuous couple of months. Here’s to hoping that the second half of the year brings something new to the table. Or maybe something older…say, with a 2015 vintage.