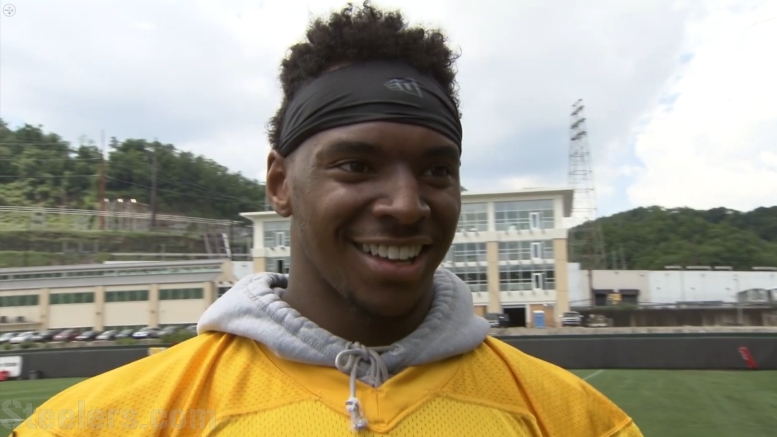 The Steelers’ defense is filled with young starters. Pretty much outside of Mike Mitchell, Joe Haden, and Cameron Heyward—maybe Vince Williams, too—this really is a young group of starters. Even Haden and Heyward, however, are only 28, while Williams is 27.

The rest of the starters? All 25 and under. Ryan Shazier is 25. Javon Hargrave, Bud Dupree, and Sean Davis are 24, as is Stephon Tuitt. Others are even younger. Davis is part of that young group, and is the subject of this article.

Beginning his rookie season as the nickel defender, having played both cornerback and safety in college, Davis only lasted a few games there, the team using the convenient excuse of an injury to take him out of the lineup—though that injury eventually required offseason surgery.

He moved into the starting lineup at safety midseason and never looked back, earning the team’s rookie of the year award, but he did not take off this season where he left off a year ago. While he was not playing poorly—outside of some missed tackles—he was not contributing very much.

He has been much more impactful over the course of the past three games, including forcing a fumble, recording a pass defensed that led to an interception, and two more passes defensed that directly saved touchdowns in the end zone.

He is not all there just yet as a complete player, and the tackles—all along the defense—still need to be cleaned up, but his arrow lately has been pointing up. He had a good game last year against the Colts, and I’m sure he would be happy to have another one the second time around.

Truthfully, however, the Steelers’ secondary has only been tested and strained so much to this point of the season, so it is difficult to judge in full. Another odd thing is that they haven’t been blitzing him as much, though that could be due to how effective Mike Hilton has been in that role.