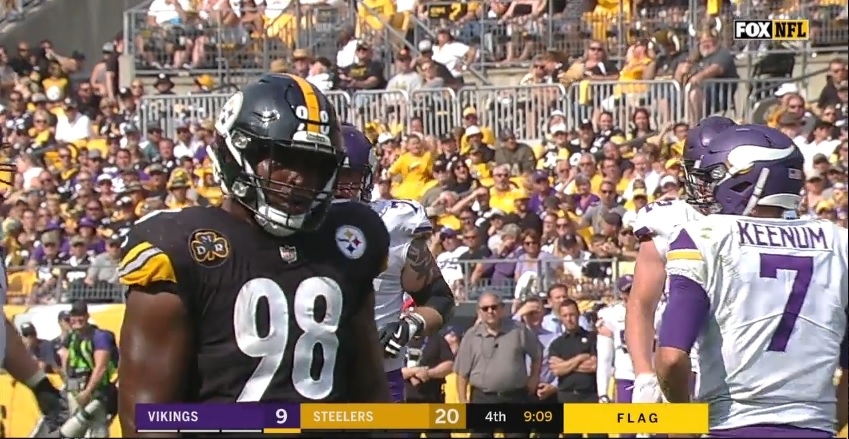 There were plenty of fans who jumped ship on the Pittsburgh Steelers’ following the anthem controversy in last week’s loss to the Chicago Bears. The loss, of course, didn’t help ease any anger either. But with the Steelers rebounding with a big win over the Baltimore Ravens, and taking control of the AFC North, one Steeler is sending a message to fans: if you jumped off, stay off. Vince Williams took to Twitter to send that message.

Quick heads up for anyone who is at work/around their children/is a child. Some NSFW language in this one.

If you burned your shit, don't buy it back #Bandwagonclosed

According to one report, the Steelers’ Facebook page lost over 22,000 followers the last week. And fans certainly let us at Steelers Depot know their feelings about the team.

As Williams hinted in his tweet, there were fans who went as far as to burn their Steelers’ gear. There’s this guy, who burned a bunch of gear, or this South Carolina bar owner, who removed all Steelers’ memorabilia from his bar.

I’m not sure if I’ve seen any fans who stopped being a fan say they were coming back but if you are, definitely don’t let Vince Williams know. He isn’t having any of it.