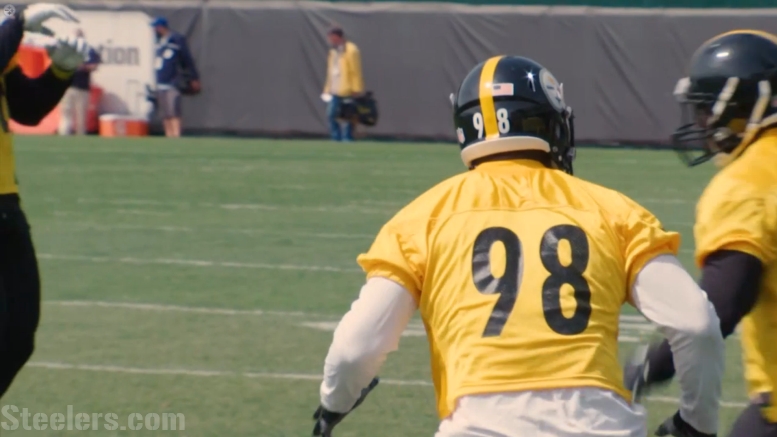 Some good news on the Pittsburgh Steelers’ injury front. Vince Williams, who suffered a hip injury in last week’s win, says he’s “good to go” and practiced fully today. This comes via the PPG’s Ray Fittipaldo.

Vince Williams practiced today after not practicing Wednesday or Thursday with a hip injury: "No problems. I’m full go.”

If he is still unable to go, Tyler Matakevich will fill-in. The Steelers will issue their injury report later this afternoon.

Williams picked up a pair of sacks a week ago, giving him four on the season. That’s the most on the Steelers and leads all off-ball players league-wide.

Asked about that by the AP’s Will Graves, Williams said that comes with the territory.

Steelers LB Vince Williams thinks he’s good for Sunday. Asked about his 4 sacks “if you play for the #Steelers, you’re a pass rusher.”