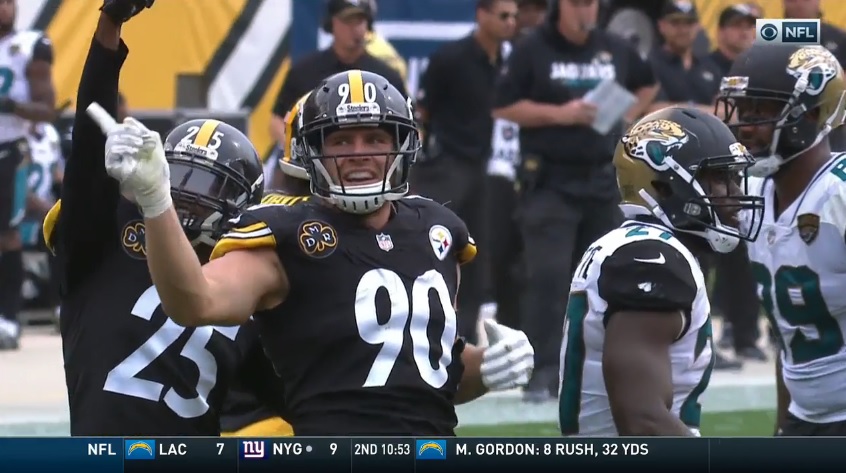 Social media can be a distraction. It can certainly be divisive. But sometimes, it’s just awesome. Today was one of those days. Vince Williams did a Q&A with Steelers’ Nation on all his teammates. In particular, he praised T.J. Watt, calling him the most NFL ready rookie he’s ever seen.

Let’s just hope Watt has more chances to practice that dance. While Watt may have cooled down a bit from a hot start, a groin injury didn’t help matters, he’s tied for second on the team with three sacks. He’s also played a high volume of snaps, something most rookie aren’t capable of doing, and surely a testament to Williams’ statement.

Some info on other players.

Cool Joe. Joe fits right in, I feel like he's secretly been a Steeler his whole career. He also could start his own flight club shoe game ?? https://t.co/beXTbpma1n

Ben is like the oldest sibling. He wins all of the locker room bets and most of the debates. If you wanna win don't let Ben in. https://t.co/iA1BBLOgtS

Before practice I play DJ. That is until Ben hears something explicit and makes me cut it down. https://t.co/8gZ1JJ4ZSd

Kinda calm really. He likes to make huge plays and then act like its normal or no big deal. Very optimistic and positive. https://t.co/b9WapvAEZt

There is no pressure the Outlaw is his own man. Feel free to keep screaming Heath tho when he makes a play because it's hilarious to us. https://t.co/WGsQYBirGX

And B.J. Finney, as American as apple pie.

I can't think of 3 ppl on this team that love America and football more than @catcenter66 https://t.co/fdzlK96G2w

There’s several more so if you have Twitter, go through Williams’ timeline. Cool, funny insights into the Steelers’ locker room. And a rare moment where I support going to 280 characters per tweet.