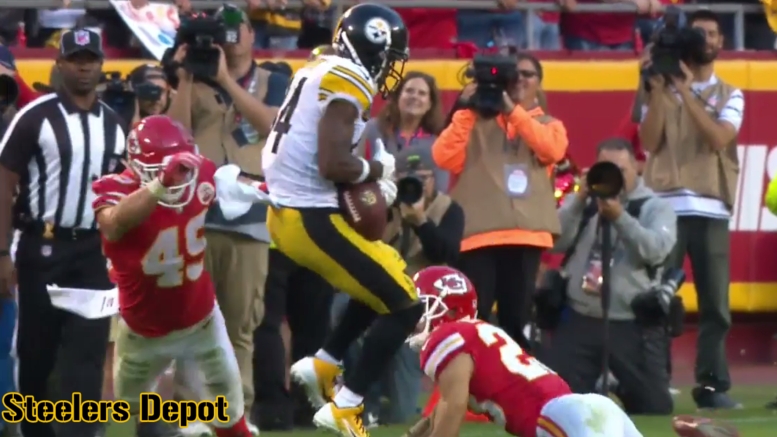 On Sunday, Pittsburgh Steelers wide receiver Antonio Brown shattered the team’s own record for becoming the player to reach 9000 receiving yards in the shortest amount of time, accomplishing the feat in his 107th game. That tied him with Randy Moss for the fourth-fewest games to reach that milestone in NFL history.

But now the number on the horizon is 10,000 yards. And if he wants to be the first to scale that mountain, he’s going to have the climb higher, faster, than anybody has before.

Lance Alworth, the great Chargers wide receiver of the 60s, was the fastest player to reach 9000 yards by a comfortable margin, the only to do so in under 100 games. But it took him much longer to reach 10,000, as he slowed down significantly. Remember, they played shorter seasons then, so he was older. He didn’t reach the mark until his 121st game.

The current record holder is none other than ‘Megatron’, Calvin Johnson, who already reached 9000 yards the second-fastest ever, in his 102nd game, so he already had five games up on Brown. It only took Johnson another 13 games to reach 10,000, in the 115th game of his career.

The prior record holder to Johnson was Torry Holt, who played 10 seasons with the Rams from 1999 to 2009, and finished off his career with one year in Jacksonville. Twice topping 1500 receiving yards in a single season, he reached 10,000 total receiving yards in his 116th game.

Holt was also the fastest to reach 11,000 yards, by the way, reaching the mark in the fifth game of his ninth season, doing so in 131 games. That is until Johnson broke his record several years later in his 127th game in his final season in 2015.

These are the benchmarks that are in Brown’s sight over the course of the next two seasons. And neither of them will be easy to obtain. He will need to keep up a torrid pace to match Johnson’s record within the next 20 games, essentially needing to average close to 100 yards per game over the span of a season and a quarter.

That might sound easy for him, but in actuality, he has only had two seasons in which he averaged 100 yards per game or more. He averaged only 86 yards last year, and 94 in 2013, before averaging about 110 yards per game between the 2014 and 2015 seasons.