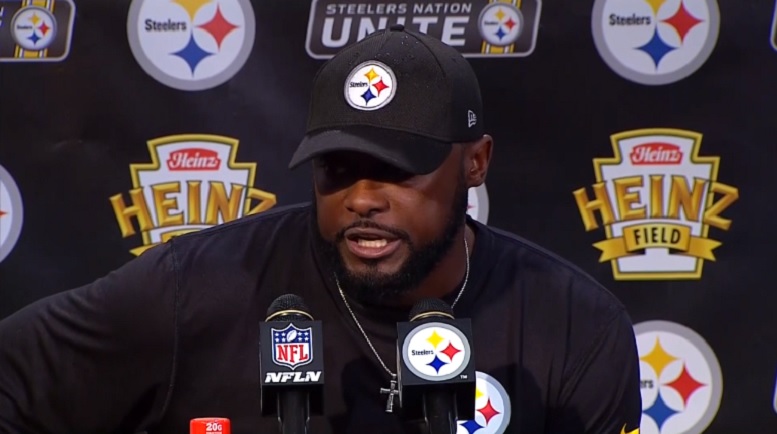 The Pittsburgh Steelers were drubbed 30-9 by the Jacksonville Jaguars Sunday at Heinz Field in a game that featured quarterback Ben Roethlisberger throwing a career-high five interceptions, of which two were returned for touchdowns.

After the game, Steelers head coach Mike Tomlin was asked if Roethlisberger is now taking any risks that he hasn’t done before.

“He’s not playing well, man, I’ll let him speak for him,” Tomlin said.

Roethlisberger completed 33 passes for 312 yards in Sunday’s loss and his five interceptions were the most in a single game since he threw four in a Steelers 21-14 2008 home loss to the New York Giants. Up until Sunday, that home loss to the Giants was Roethlisberger’s only one in the month of October during his entire career.

Because of the putrid offensive play the Steelers had not only on Sunday, but really the entire season, Tomlin was asked during his post-game press conference if he’s currently concerned about that unit.

Steelers wide receiver Antonio Brown, who caught 10 passes for 157 yards on 19 total targets in Sunday’s loss, was asked afterwards what it’s like to see Roethlisberger have a game like he had against the Jaguars.

After Sunday’s brutal showing Roethlisberger reportedly said facetiously “maybe I don’t have it any more.”

Roethlisberger said facetiously “maybe I don’t have it any more.” #steelers