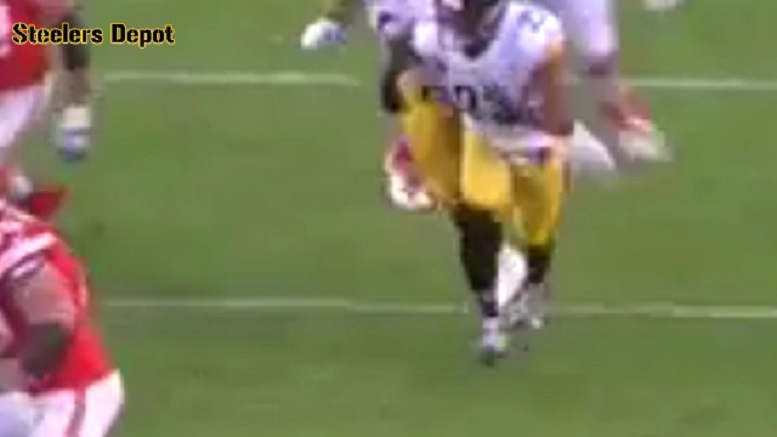 “My view is what you guys saw. He got tripped by [Anthony] Chickillo and it was unfortunate, but it’s part of ball,” Tomlin said of Mitchell’s low hit on Smith. “It should have been penalized. There’s strict liability there and rightfully so. Player safety is big, but if you saw the play then you know there’s no malcontent or maliciousness there on his part. He got tripped, but Alex doesn’t have eyes in the back of his head and in-game he doesn’t know that. So, its reasonable for him the response that he had.”

Mitchell was indeed penalized for his hit on the play in question and immediately tried to explain to Smith that he was not trying to hurt the quarterback after the two players got up off the ground. Smith, however, wasn’t buying it after the game was over.

“I mean, when you get hit in the back of your knee like that, I didn’t understand how that happened,” Smith said during his post game press conference. “Certainly guys falling, rushing the quarterback, I get it when it’s happening from the front and guys are trying hard. That one to me just seemed so weird to get hit that low coming from behind.”

While it’s hard to tell in the television replay if Mitchell was pushed or tripped by outside linebacker Anthony Chickillo, the end zone view from the all-22 tape clearly shows that the safety was indeed tripped up by his teammate.

Should Mitchell have been flagged for his hit on Smith? Yes, I think so. Should he be fined? No, not in my opinion, at least not for that play. We’ll see if he is fined for either that low hit on Smith or his first half helmet-to-helmet hit on Chiefs running back Charcandrick West by Thursday or Friday at the latest.