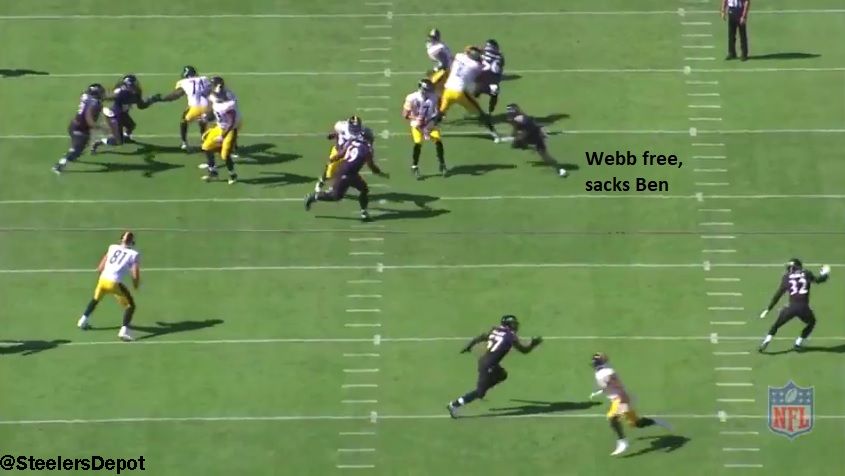 Back to cover the lone sack the Pittsburgh Steelers gave up in their Week Four victory over the Baltimore Ravens.

Ravens bring a nickel blitz, #21 Ladarius Webb, from the field. Le’Veon Bell identifies it on the snap and moves across to pick him up. So far, so good. 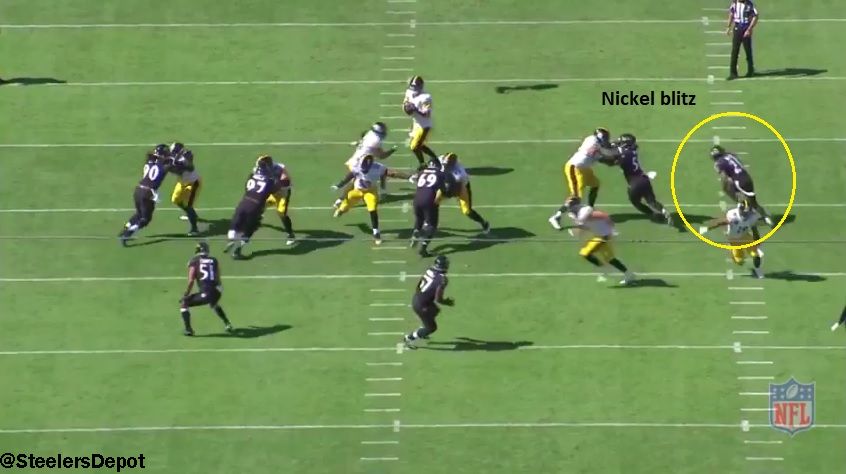 Steelers have numbers so Ben Roethlisberger shouldn’t have to throw hot. But Webb is on nearly the same track as ROLB Tim Williams. Bell expects him to rush to the outside, keying Webb’s initial path. But Webb changes course and rushes off the inside, which is what you’d expect him to do in a blitz like this (the ROLB is the contain man, not a true rush threat), and Bell doesn’t see it. Vision is obstructed by Williams and the massive man that is Alejandro Villanueva. 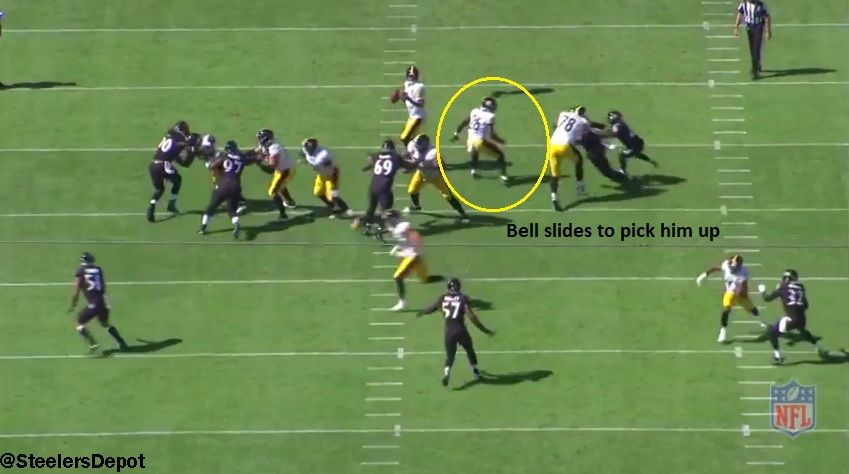 Williams ends up crashing into Bell, taking him out of the play, and not letting him mirror and stop Webb’s blitz. Roethlisberger doesn’t see it until it’s too late and Webb is free to sack him. 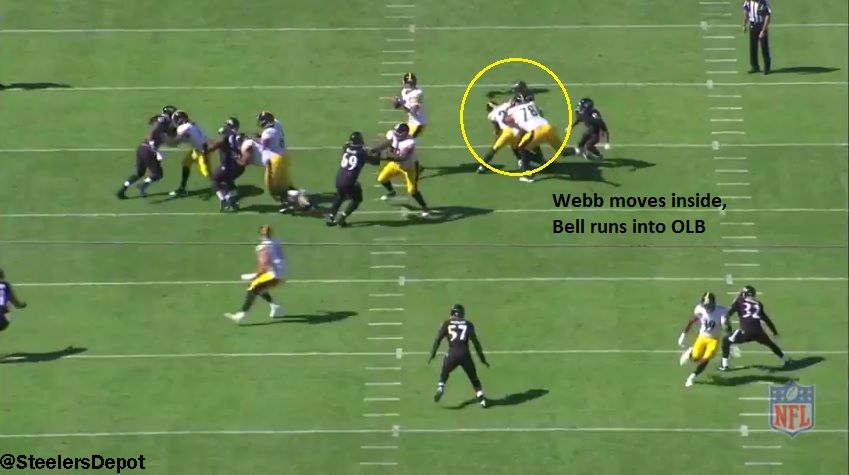 If you’re wondering, not a lot open in coverage. You have the out route to the top but with the CB in off coverage and Roethlisberger having to throw to the field, that’s risky. 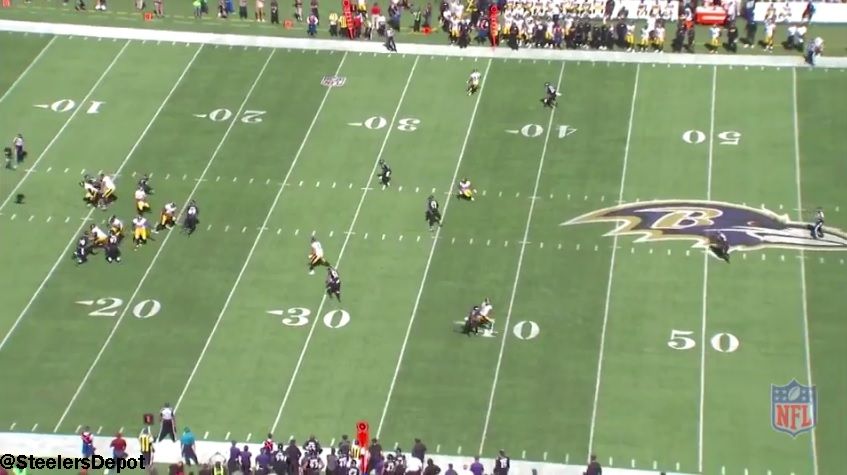 A bit of bad luck but end of the day, still on Bell for not picking up his man.