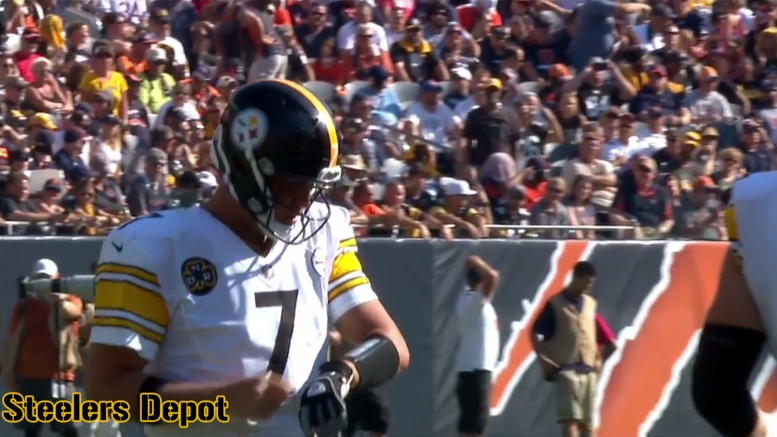 Back at it on gameday, breaking down what the Pittsburgh Steelers have to do to win (or lose) in today’s game against the Jacksonville Jaguars. My always unreliable prediction at the bottom.

– They control the LOS defensively. Like I wrote about yesterday, Jacksonville has a clear-cut identity. Power football. Steelers can’t get blown off the ball, defensive linemen can’t get carried to the second level and cover up the linebackers. Jacksonville is unlikely to average 5 yards per carry but if they can move it at an effective clip, say, around 4.5 yards, and convert on third down, they’ll control the clock. It’ll be Chicago part two.

– Ben Roethlisberger can succeed against man coverage. Because he’s going to see a lot of it. Jacksonville has the weapons to try and shut down/shadow an opponent’s top threats. Jalen Ramsey, A.J. Bouye, even Aaron Colvin is pretty underrated. They’re going to play a lot of Cover 1 with a Rat/Robber underneath to read Ben’s eyes. He’s struggled the most against man-to-man. If there’s a week to turn his year around, it’s this one.

– The offensive line keeps Ben upright. That second and this one goes hand in hand. Jacksonville has a strong pass rush that doesn’t come from just one guy. There are several players, inside and out (Jackson, Fowler, Campbell, Nagkoue) who can get after the QB. They lead the league with 18 sacks even though they’re about middle-of-the-pack in pass attempts. The Steelers’ offensive line has been shaky. Like Ben, this is another test.

–  Jacksonville is able to hit a couple of backshoulder fades. One thing I should’ve included in my offensive scouting report. Will line up 3×1 with the X receiver backside and pepper those guys with backshoulder fades. And as I’m sure you know, they’re really tough to stop. Have to hope for good CB play and some bad QB execution. In this matchup, both are possible but neither guaranteed.

– The Jags’ linebackers take away the perimeter run game. Jacksonville is built similarly to Minnesota, who swallowed up Le’Veon Bell and the Steelers’ run game Week Two. Myles Jack and Telvin Smith are built similar to the Vikes’ Anthony Barr and Eric Kendricks. Going to be tough to get the ball outside versus these guys. Probably best not to try very often.

– Jacksonville designs their blitz schemes well. Sort goes with the last point in the “if they win” category. Beyond their four man rush, which is effective, their blitzes are equally good. Lot of six man pressures, either a Fire X or sending the free safety. Watch out for #42 Barry Church. Ball is probably going to have to get out hot plenty. Roethlisberger, again, will have his hands full.