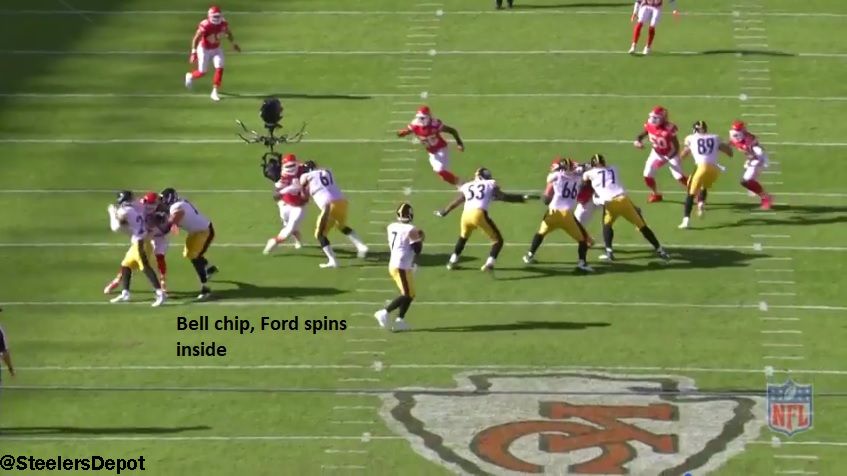 Back to break down the lone sack allowed by the Pittsburgh Steelers in their Week Six win over the Kansas City Chiefs.

This one stings. Just a three man rush on third down but it gets home for the sack, forcing the Steelers to punt. The issue here is one that happened back in Week Two.

Le’Veon Bell is chipping ROLB Dee Ford to give Alejandro Villanueva help with B.J. Finney covered up by the three tech. But sometimes a chip can be disruptive to the tackle. Hard shove inside, causing Ford to counter with an inside spin. 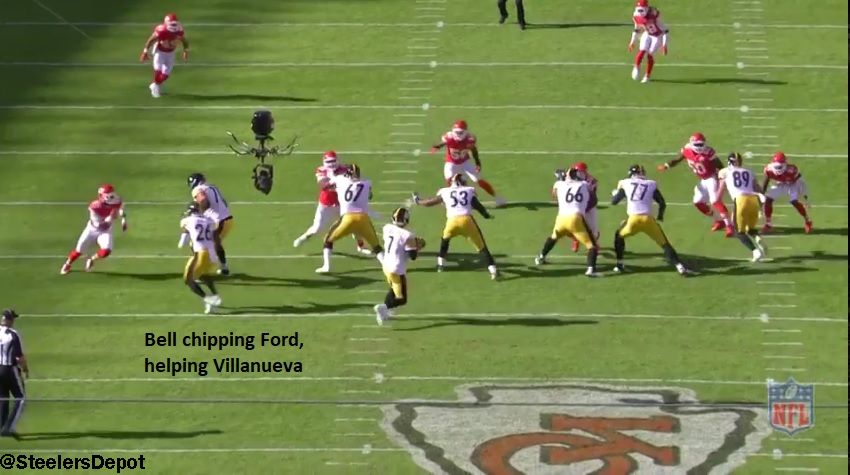 Villanueva is either not expected it or oversetting, probably the latter, and should know he has that outside help. He’s unable to mirror the rush back inside, Fore dipping under and past to drag Ben Roethlisberger down to the ground. 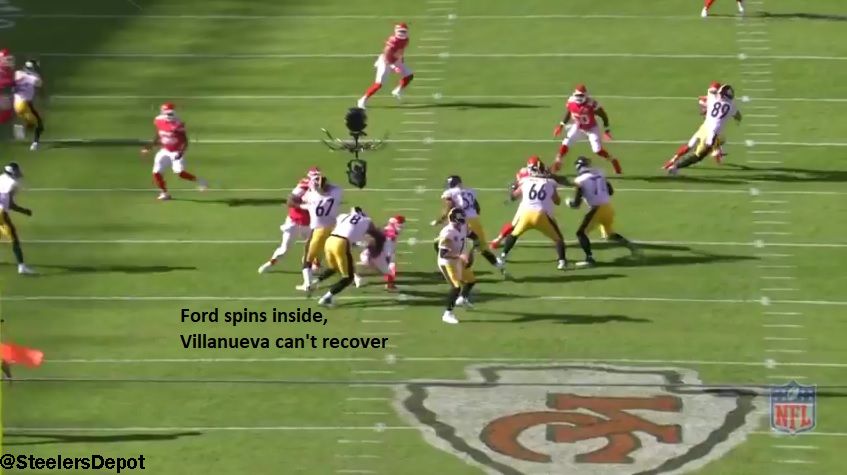 If you remember, the same thing happened in Week Two against the Minnesota Vikings.

Similar sack Villanueva gave up back in Week Two. pic.twitter.com/YRtj6hW43i

Seeing it twice, have to think it’s on Villanueva for not setting correctly knowing the help he had. If you’re wondering, there wasn’t much downfield. #2 running down the seam but would’ve been a right throw with the safety single high. 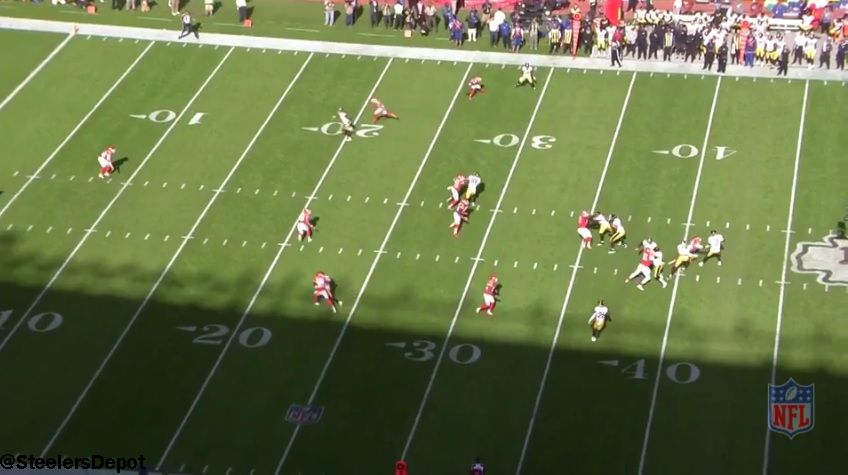 Villanueva running away with the sack lead this year.