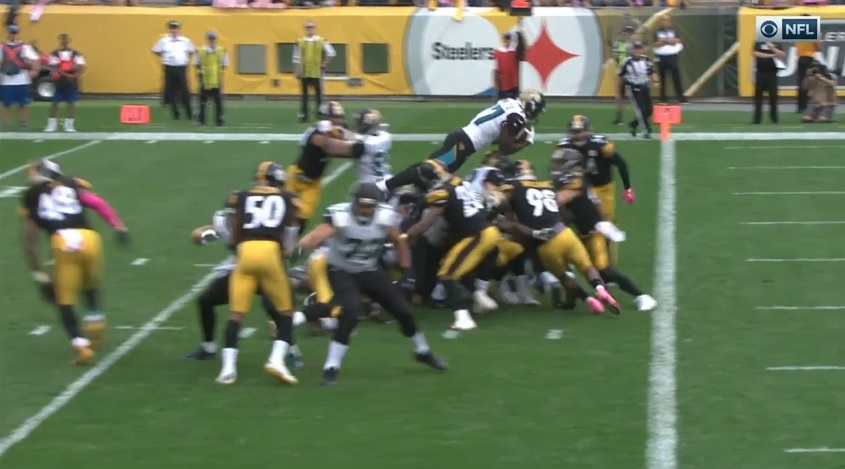 You’re well aware of the Pittsburgh Steelers’ issues on offense, chiefly, in the red zone. Less talked about are the Steelers’ problems on the defensive side of the ball, an area they grade out worse than the offense. Through five weeks, they have the fifth worse red zone defense, allowing opponents to score 2/3 of the time.

In their two losses, opponents are 80% inside the 20. Chicago was 3-4, Jacksonville 1-1. Other games were better and the Steelers defense hasn’t allowed a lot of points this season but unusually, they’re not tightening up in the red zone. In seasons past, teams had relative ease moving between the 20s but got bogged down inside of it.

Last year, the Steelers ranked fifth in red zone defense. The year before, they came in sixth. That was attributed to Mike Tomlin introducing seven shots. Starting in camp, the team began each practice with seven plays from the two-yard line, something I believe carries over into the regular season. Pittsburgh shot up from being middle-of-the-pack in 2014 to their finishes the next two years.

Pittsburgh’s goal line defense has fallen apart. Granted, it’s a tough area to be successful in but this stat blows me away. The Steelers have been in their goal line defense four times this season. They’ve allowed a touchdown on all four plays. Again, tough situation, I get it. Each of those plays took place at either the one or two. But their job is to stop it and they haven’t come close to succeeding.

Some of it is execution, like the linebackers getting sucked in on the Bears’ touchdown pass in Week Three. Some of it seems like it’s scheme. The strong side B gap is uncovered here, letting the FB lead through and the back following. 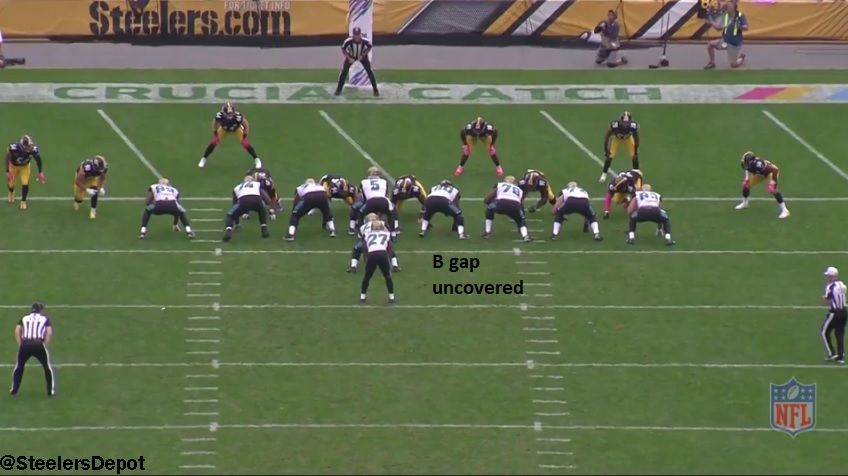 Regardless of the specific issues, the bottom line is the red zone defense has to improve. Tomorrow will be a tough challenge against a Chiefs’ team with one of the league’s better red zone offenses, fourth in the league at 65%. If those numbers remain the same coming out the other side, the Steelers are going to be a .500 team come Monday. And it won’t get better until that stat gets fixed.