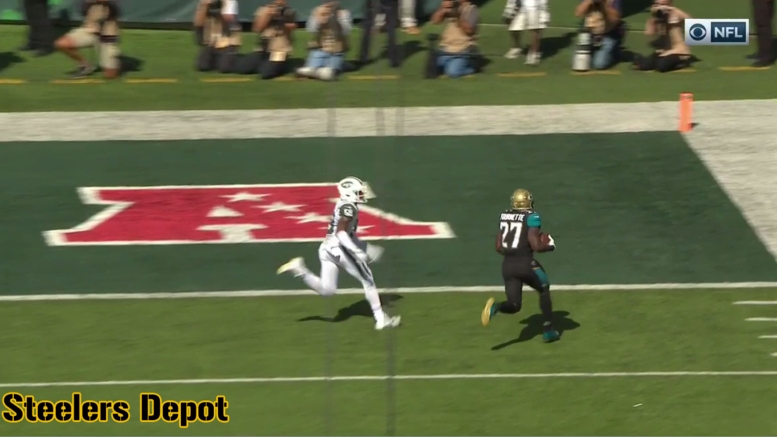 The Pittsburgh Steelers haven’t exactly been facing top competition yet this year. None of the four teams that they have faced to date have a winning record. In fact, two of them have combined so far for just one win, and that was against Pittsburgh. They have just benched their quarterback.

The other two teams are sitting at 2-2, as are their next opponents, the Jacksonville Jaguars, who did Pittsburgh a favor by throttling the Ravens in London. That put the Steelers in position to take hold of the division on Sunday by coming out of Baltimore with a win, sending them to a 2-2 record with a head-to-head loss in hand.

As for the Jaguars, they came back from that big win only to fall to the Jets on Sunday in overtime. They came back in the fourth quarter from 10 points down to tie, but they had to settle for the tie after Blake Bortles could muster just one of three completed passes for two yards in a late goal-to-go situation.

Head Coach Doug Marrone told reporters after the game that Jacksonville is a team that is still finding itself and carving out its identity. He did say that there is “no doubt” they are a better team through the quarter pole of the season than when they started out.

They do have some impressive numbers, though others are lacking. Their defense leads the league, for example, in passing yards allowed per game, sitting at just 147. The Steelers are in second, by the way. Jacksonville also leads the league with 18 sacks, 10 of which came in the season opener. Pittsburgh is, again, second to them.

The rushing game is a radically different beast. While neither team is going particularly well, the Jaguars have been spectacularly bad defending the run. They are allowing 165.5 yards on the ground per game, the worst in the league, and no teams is within half yard as their 5.7-yard per rush allowed figure.

The Jaguars are looking to hit the refresh button on their season after four games. “I think we’re at a turning point of the season where we can take off”, Myles Jack told reporters.

The Steelers should provide a stiff challenge. While they certainly have their own issues that they will have to work on as the season goes on, they already know what they are looking to do, and they know how to get there. It will just take time.