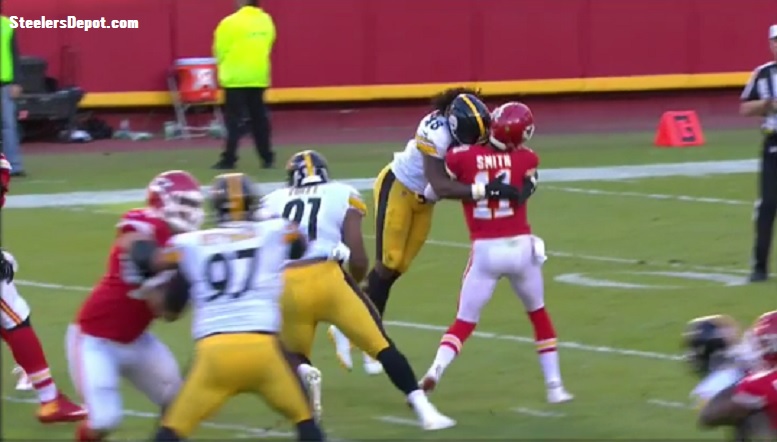 It’s a fine Friday in Pittsburgh.

Several Pittsburgh Steelers players were fined this week for illegal acts in Sunday’s road win over the Kansas City Chiefs and outside linebacker Bud Dupree was one of them.

According to Joe Rutter of the Pittsburgh Tribune-Review, Dupree was fined $24,309 for his roughing the passer penalty that he incurred during Sunday’s win over the Chiefs in Kansas City.

Dupree’s late hit on Chiefs quarterback Alex Smith happened with 34-seconds remaining in the first half during a second down and 21 play. Dupree hit Smith in his head and neck area just after the quarterback had intentionally grounded the football.

While it’s yet to be reported, Dupree will likely appeal his latest fine.