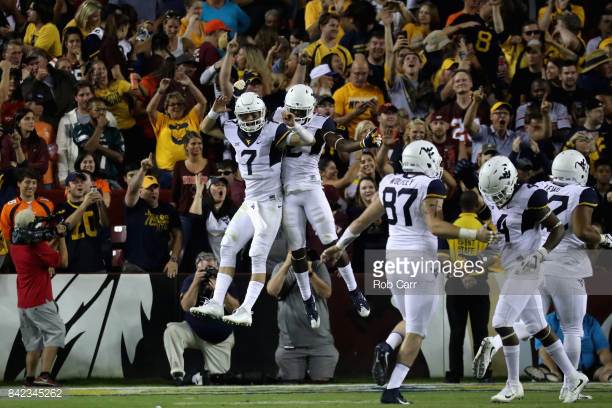 The Pittsburgh Steelers continue to flock wherever the leagues top quarterbacks are and this weekend is no exception. From NFL Network’s Chase Goodbread, scouts are attending Oklahoma State/West Virginia and Penn State/Ohio State.

The former matchup has the marquee quarterbacks. Oklahoma State has Mason Rudolph, a senior who is completing 2/3 of his passes and thrown 19 passes to just four interceptions. WVU’s Will Grier is having similar success, throwing 26 touchdowns to five picks in his redshirt junior season.

The Steelers have sent scouts to at least two of Wyoming’s Josh Allen’s game this season and though he’s struggled, scouts are still reportedly high on him.

Kevin Colbert was also at USC last week, presumably to check out Sam Darnold, though reports have continued to surface that Darnold will return to school after this year.

Ohio State does have J.T. Barrett, who has excelled the way he always has during his college career. He’ll play one of his biggest games this afternoon in the matchup of the day versus the Nittany Lions. However, Barrett’s stock is not nearly as high as the others.

This, of course, is all in preparation of life after Ben Roethlisberger. His future is unknown, meaning the team has to assume he won’t be there the following year. The biggest problem is the Steelers won’t have a top pick to take a top tier quarterback but they’re certainly doing their due diligence and hoping for a deep draft class.