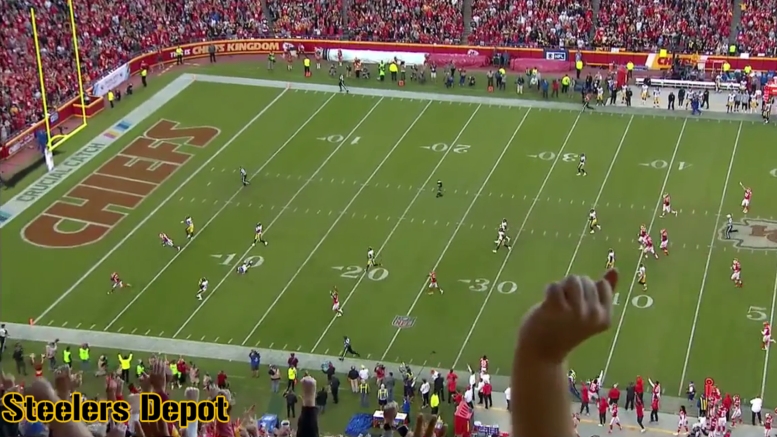 The Pittsburgh Steelers entered yesterday’s game as the only team in the league that had not yet allowed a reception of 40 or more yards. They can no longer claim that distinction after allowing a 57-yard pass on a busted play, which ended up in the end zone, no less.

They are now just one of seven teams who have only allowed one double-explosive play, joining the Falcons, Cowboys, Broncos, Packers, Seahawks, and Titans, though the Titans still have to play tonight, and the Broncos, Falcons, Cowboys, and Seahawks have all already had their bye week.

In terms of giving up explosive passing plays in general, they still command respect, though they are not at the top. After yesterday’s game, they have allowed 12 explosive plays through the air, which is tied for the fifth-fewest.

The Falcons and Bengals—both teams who have had their bye week—share the lead in the fewest explosive plays allowed through the air with nine, while the Bears and Dolphins—the latter already having a game off—share the third spot with 11 allowed.

It only seems to figure that the big play would come off of a bum play. The Steelers initially rushed just three players, T.J. Watt having initially dropped to an intermediate zone in coverage, but with no responsibilities, he eventually charged to come after Alex Smith from a long distance away.

He didn’t come close to closing the distance before the Chiefs quarterback got off about a 25-yard pass down the left sideline to DeAnthony Thomas, waiting up on the pass. Artie Burns had let him go, losing track of him as the play moved on, but was unable to wrap up the former running back, he spinning out the tackle attempt, then getting William Gay turned inside out, finally slipping through a Mike Hilton trailing tackle attempt and somersaulting into the end zone for 29 yards after the catch—and the score.

The defense allowed two other explosive passing plays through the air on the day, accounting for a fourth of their total explosive plays allowed through the air. Running back Kareem Hunt got a catch-and-run of 37 yards, while Travis Kelce added a 23-yarder, but had just 34 yards altogether on five receptions.

Still, given how Smith had played in the first five games, averaging about nine yards per pass attempt and completing more than three quarters of his throws, with 11 touchdown passes and no interceptions, the Steelers held up well.

On his final three drives, all in the fourth quarter, Smith only completed eight of 17 passes, yet for 149 yards, which was more than three fifths of his total for the game. Three of his explosive plays came on consecutive snaps over two separate drives.