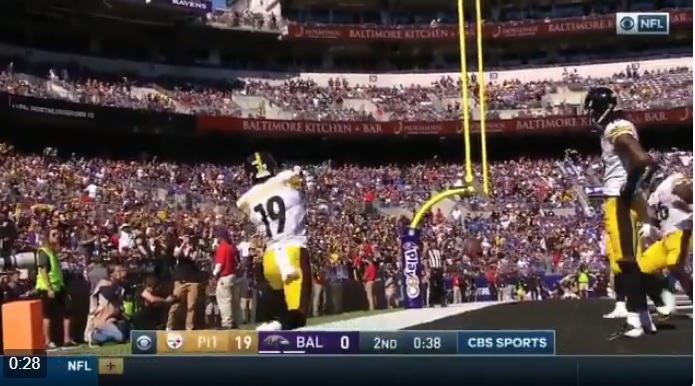 Got a lot of weird for ya today. Ready?

The Pittsburgh Steelers have been involved in half of them. They’ve won three. Including two of their three wins this season. 26-9 vs Minnesota, and 26-9 today.

– Le’Veon Bell’s 186 yards from scrimmage is the most he’s ever had versus Baltimore.

It’s also the most yards from scrimmage any Steeler has had against the Ravens, breaking Yancy Thigpen’s mark of 165 set in 1997.

Bell’s 35 carries are the second most he’s ever had in the NFL, only trailing the 38 against Buffalo last season. His 39 touches are also second-most.

– Since the merger, JuJu Smith-Schuster joins Louis Lipps as the only rookie receivers to catch at least two touchdowns in their first four weeks.

Heath Miller and, somehow, Matt Spaeth, also did so.

– Ryan Shazier has five interceptions over his last nine games. Two of those have come against the Ravens.

He had just two in his first five years of football, college and pro.

– The Steelers have 15 sacks in their first four games after dropping Joe Flacco four times today. The last two times they’ve done that over the first month of a season were 2008 and 2005…both years, the Steelers went to and won the Super Bowl.