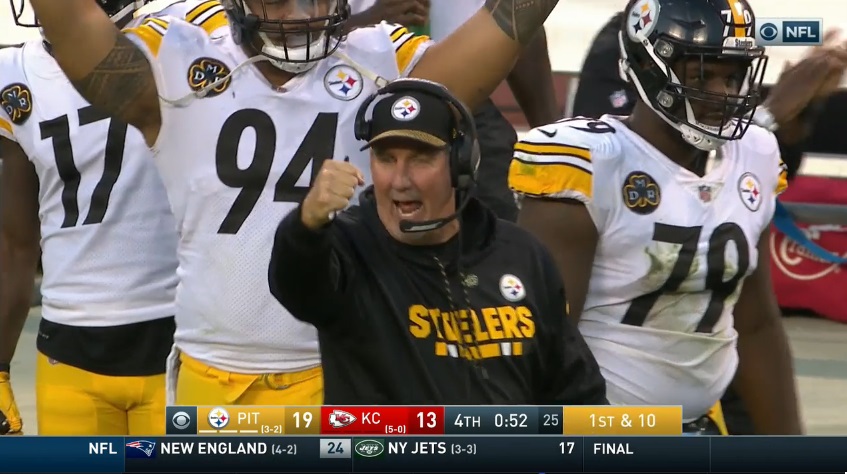 Not a lot of weird today. But plenty of good. And that’s what matters. Stats of the weird.

– Le’Veon Bell had 32 carries and averaged 5.6 YPC, the third such game of his career. That’s the most by any running back in NFL history.

– Ben Roethlisberger and Antonio Brown have hooked up a lot over the past few seasons. But this is the first time since November of 2015 the two have found each other for a 50+ yard TD.

– Vince Williams is the first Steeler off-ball player (non DL/OLB) to have two sacks in one game since James Farrior in 2007.

– Steelers gave up only 28 total yards to the #1 rushing attack today. Last time they held any team under 30 yards rushing was November 15th, 2015, a win over the Cleveland Browns.

– The 57 yard touchdown they gave up today was bad but the first 45+ yard pass they’ve allowed in the last 13 regular season games.

– Pittsburgh had a 98 yard drive that ended in a field goal. Since 1998, they had scored a touchdown on their previous 42 drives of 90+ yards.

– Coming into today, the Steelers had the 26th worst ranked red zone defense. Chiefs were 0-2 today. Critical reason why they won.

– 19-13 final was first such game the Steelers were involved in since 1987, a loss to the Cleveland Browns.