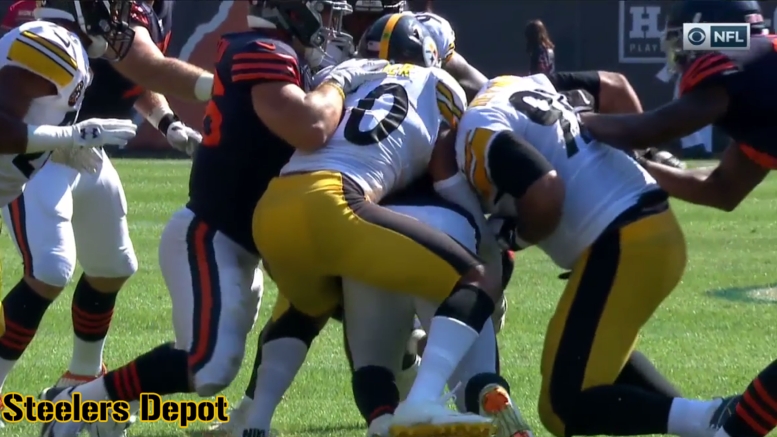 For literally the first time in his four-year NFL career, Pittsburgh Steelers Pro Bowl inside linebacker Ryan Shazier has escaped the month of September healthy. One can only hope that this foreshadows a season of good health, and strong play, as health and quality of performance have held a strong correlation for him over the years.

The fourth-year linebacker has missed 14 games over the course of his first three seasons, including seven his rookie year and another seven over the course of the past two seasons, and in each of those instances, he has gotten injured enough to have to sit out by the fourth game of the year.

As a rookie, he suffered a knee injury in week three against the Panthers when he collided with another defender, and that caused him to miss the next four games. Two games into his return, he suffered an ankle injury that sidelined him for another four weeks, and when he returned, he lost his starting spot.

He got off to his second season on fire, recording 15 tackles, a sack, and a forced fumble against the 49ers in week two, but this time a shoulder injury caused him to leave that game and miss the next four. He was able to stay healthy the rest of the year after returning—minus the Seahawks game, which he left after suffering a concussion—, however, and improved as the season went on.

Last year, he got off to yet another strong start, but banged up his knee in the second game of the season. He tried to play through it the following week, but reaggravated it and had to sit out the next three games, returning in the fourth game from that point rotating in before resuming his starting spot the following week.

And once again, he game improved as he became further and further removed from his injury. It’s not a coincidence.

The key to Shazier’s transcendence has always been staying healthy, and this is the healthiest that he has been through this point of the season to date. The statistics show what kind of effect that can have. He already has 37 tackles, two forced fumbles, an interception, and five passes defensed through four games.

If he actually stayed healthy through the year, he is on pace to record 148 tackles, four interceptions, eight forced fumbles, and 20 passes defensed. Of course, early-season paces are rarely matched, but we also know that the sacks—of which he currently has none—will come as well.