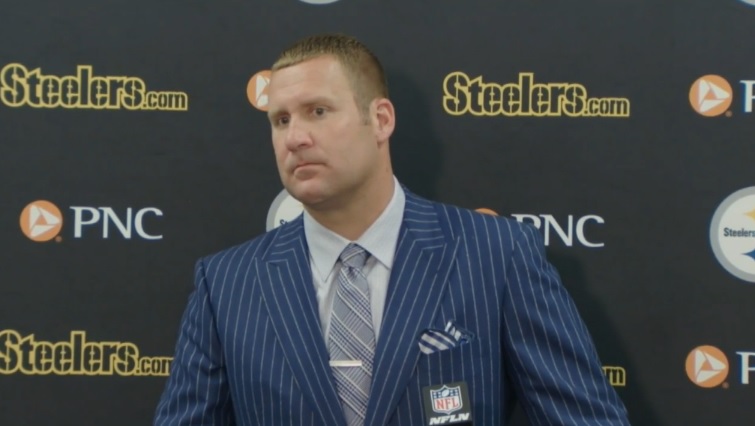 Ben Roethlisberger said the goal was to get Le’Veon Bell the ball.

Consider it mission accomplished. Bell had 35 carries today, 39 total touches, both numbers good enough for some most in his career. That came early – and often – and was part of the Pittsburgh Steelers’ gameplan.

“We wanted to get him involved early,” Roethlisberger told reporters. “Felt like we had something, we saw something in the run game. That was big for him. I think it helped him get in a little flow, too.”

The Steelers marched the ball on a 16 play, 84 yard drive on their first possession, chewing up more than 10 minutes of clock. On it, Bell carried the ball seven times and caught a pair of passes, touching the ball more than half the snaps. It set up the first points of the day, a Chris Boswell field goal, and in Roethlisberger’s mind, helped establish the tone early.

“Coming out and being physical and running the ball. Against this team, this place. Everyone knows this is a physical football game. So to come out and kind of establish that, get it going, was big for us.”

Roethlisberger said the gameplan was to run the ball out of the gun. They relied on their pulling guards, Ramon Foster and David DeCastro, along with Rosie Nix and the tight ends, to create the chunk of the damage.

Bell finished the day with 144 yards rushing. That nearly matched the total he had the first three weeks. It’s the payoff for a run game that has been slowly finding its groove but unlike last week, was able to keep the run game going. Bell averaged the same yards per carry as he did in the loss to the Chicago Bears but game circumstance today allowed the Steelers to stick with the run.

While Bell had a great performance, Roethlisberger also gave kudos to those blocking for him.

“I’d like to give some credit to Hubbard, coming in and playing well. B.J. Finney had to report more times, he’s probably tired of saying ’67 report.’ Tight ends, Rosie Nix, he opened up some holes. Le’Veon did some great things but he’s only one guy in a scheme to get him going. It was awesome to get him going. I think he enjoyed it. They weren’t easy yards. They were some physical yards he had to get. That’s what makes it fun for all those guys up front and for him.”

Pittsburgh’s next task will be taking on the Jacksonville Jaguars, who allowed 256 yards rushing to the New York Jets in an overtime loss.