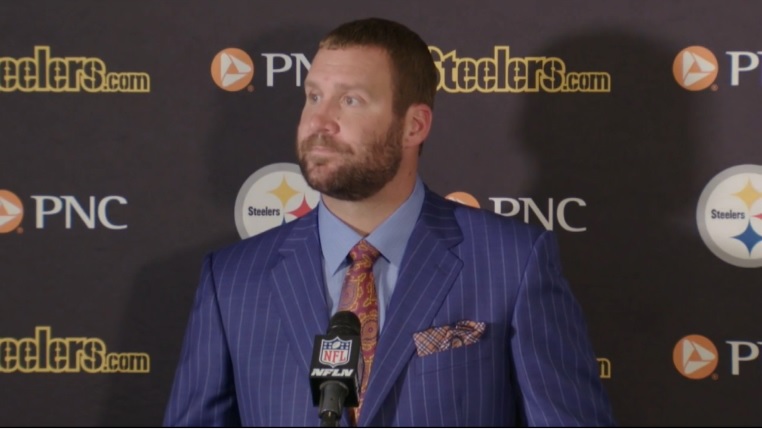 It was yet another imperfect game for the Pittsburgh Steelers’ offense. One full of missed opportunities, miscues, and well, just plain misses. But as the Steelers have found a way to do through the first half of the season, they eked out a victory despite not playing their best football. After the game, Ben Roethlisberger said he was proud of how players responded after one of those ugly plays.

“Early, Eli Rogers dropping a touchdown early,” Roethlisberger told reporters. “Huge. He beat himself up for about a minute or two. But he came back with a big pass interference call late that moved the chains. He ran a great route. He really left the guy behind him who had no other choice but to grab him. Hey-Bey, same thing. We had another one back there in that corner. He bounces right back and makes a play on special teams.

“We find ways to bounce back even when guys aren’t doing everything right. You don’t expect Le’Veon to fumble there in the red zone either. But he comes back and has a good second half, too.”

Roethlisberger, who understandably didn’t talk about himself, could be plugged into that same group. He slogged through another uneven game and threw several terrible balls, including a 2nd and 9 incompletion that Jesse James would’ve needed go-go gadget arms to grab. But he immediately bounced back, throwing his prettiest pass of the night that turned into JuJu Smith-Schuster’s 97 yard touchdown.

The offense, like the first car you bought, still misfires on a weekly basis. But they’ll have the bye week to figure things out and get healthy, presumably with the return of Marcus Gilbert at right tackle. Big Ben said he knows the “offense will turn it around,” a must for a team who is being picked as the AFC’s favorites.

They still haven’t reached the 30 point plateau this season, their longest drought in nearly two decades, but have cleaned up penalties and done slightly better in the red zone.

Collectively, if the offense bounces back, as Rogers, DHB, and others did tonight, they’ll be in position to make that kind of run.