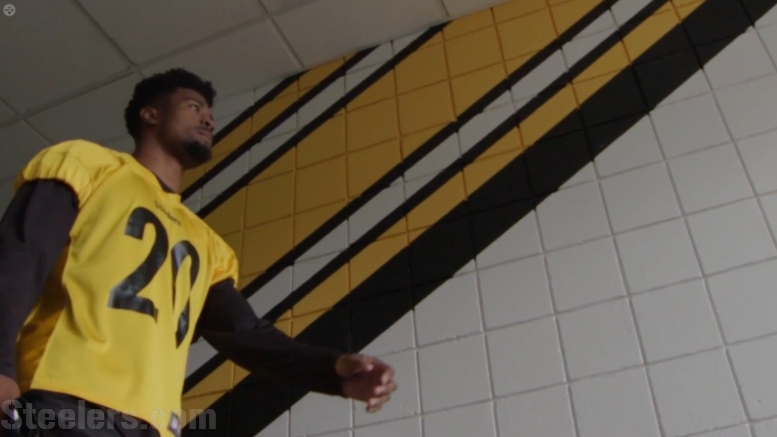 This will be a more relevant question in a couple of weeks, no doubt—or at least one would hope—but I think it is worth considering now: what role, if any, will there be for rookie cornerback Cameron Sutton when he is removed from the injured reserve list?

The third-round draft pick was moved from the 53-man roster to injured reserve just a couple of days after the final roster was made in order to allow him to be eligible to return no earlier than eight weeks from that point on.

He will be eligible to return to practice for the Pittsburgh Steelers after six weeks, and it just so happens that those six weeks will have come and gone as of the end of Sunday’s game against the Chiefs, making him eligible to practice on Wednesday—though he can’t be activated for another two weeks.

There are a number of factors to weigh here within different branches of the conversation; for instance, will the Steelers definitely activate him, and do so right away? At the moment, they do have six cornerbacks on the roster. It is notable that they did have seven cornerbacks on the 53-man roster initially, but that was done knowing that Sutton would be moved to injured reserve.

The most obvious player in the crosshairs for Sutton’s return would have to be fellow rookie cornerback Brian Allen, who has been inactive whenever injuries (or lack thereof) did not allow him to get a helmet, but in the two games in which he dressed, he did log special teams snaps.

Secondly, if he is activated, is he even going to dress? If, hypothetically, he takes Allen’s spot, then he will also be in Allen’s position on game day. But if they really like Sutton enough to consider him able to play on defense—and, naturally, he will also contribute on special teams—could they consider instead sitting Coty Sensabaugh?

While the veteran free agent signing has not logged any snaps on defense to date, he plays some significant roles on special teams, including as one of the primary jammers on the punt return unit, and he also covers kicks, where he has made a few tackles.

Let’s say, best-case scenario, he is activated after week eight, and he gets a helmet on game day: now what?

At the moment, the starting cornerbacks are Artie Burns and Joe Haden, and that doesn’t seem likely to change. Mike Hilton has been the sole nickel cornerback since week two, and William Gay has taken all of the snaps in dime. Neither of them have disappointed in those roles.

So where, then, will Sutton fit in? barring a cornerback struggling, will he actually be given an opportunity to compete for snaps in-game during the week of practice? Would they rotate Sutton in at either nickel or dime to see how he performs? Will he just redshirt the year?